The Tánaiste has been accused by Sinn Féin's health spokesperson of "hiding behind lame excuses" regarding the sharing of a GP contract agreed with the Irish Medical Organisation with another union.

David Cullinane was speaking after Leo Varadkar yesterday denied that he acted unlawfully by sharing the agreement reached with the IMO with the head of the National Association of General Practitioners.

Speaking on RTÉ's This Week, Mr Cullinane said he does not accept Mr Varadkar's statement that when he shared the document it was not confidential or sensitive, saying is "at odds with the Dáil record".

The document was not public, he said, and a number of health spokespeople for Opposition parties said that quite clearly at the time.

"I don't think that it is acceptable that the Tánaiste is hiding behind lame excuses", Mr Cullinane said.

"The facts for me here are clear - Leo, as the leader of Fine Gael and taoiseach at the time, passed on a document to a friend about sensitive negotiations involving hundreds of millions of euro of taxpayers money". Mr Cullinane said Mr Varadkar "knows in his heart that this was wrong" and he should "come clean and accept that".

Earlier Mr Cullinane's party colleague Louise O'Reilly said it is "disturbing" that Fine Gael does not seem to understand that confidential documents should not be shared.

She said that she had negotiated pay deals with government in the past and added: "Documents are exchanged in good faith and on the basic understanding that confidential docs are not to be shared with others." Commenting on Twitter, she asserted "trust is essential" and then added: "Disturbing that this is not understood by Fine Gael."

Minister for Finance Paschal Donohoe said Mr Varadkar has "made it very clear" that he will answer questions on the matter in the Dáil.

Also speaking on This Week, he said a key point that was guiding what the Tánaiste did was the want to improve services available to patients through a new GP contract, and to get as many GPs as possible to enroll into the new contract.

In a statement yesterday Mr Varadkar said what he did "wasn't best practice" and "could have been done differently".

Mr Donohoe said that "when the information was shared" it was "after a negotiation had concluded in relation to the agreement", after a press conference had taken place and after the government had agreed to the new agreement.

Details of the contract had been "broadly circulated and reported on", he said.

"When the Tánaiste shared this information it was after agreement had been reached on that particular new GP contract and what we were looking to do was to get agreement from GPs on its implementation," he said.

He said Mr Varadkar is "very aware of the duties he has to the Dáil to answer questions from Opposition parties" and that any questions posed by other party leaders "will of course be answered".

Mr Donohoe said that by virtue of the statement issued yesterday, he knows Mr Varadkar "feels himself that the way in which the information was shared could have been done differently".

The former president of the NAGP Dr Maitiú Ó Tuathail and the group's former chairperson, Dr Andrew Jordan, have released a joint statement this evening.

In it, they say they did receive a copy of the finalised programme for chronic disease management, and they saw it as a continuation of a decision by government to keep them informed.

They further said it was "wrong for one group of GPs to have access to the details of a chronic disease management programme, and for another group of GPs not to have equal access to that information, given that the NAGP and its members were involved in its formation".

The statement said: "The National Association of General Practitioners was involved in extensive consultations with the Department of Health and the HSE on the programme for chronic disease management throughout 2018. The NAGP was a trade union with a full negotiating licence.

"This involved monthly meetings with both the Department of Health and the HSE which were formative in the development of the programme for chronic disease management.

"Arising from these talks, which went on for two years, the association was aware of the main content of the proposed new contract being sought by the State.

"We received a copy of the finalised, agreed and announced programme for chronic disease management from the then Taoiseach in mid-April. This was seen as a continuation of the decision by the Government to consult with the NAGP and its GP members and keep them informed throughout.

"We could not adopt a position on the programme for chronic disease management as a union, without full access to the details that it contained.

"It was wrong for one group of GPs to have access to the details of a chronic disease management programme, and for another group of GPs not to have equal access to that information, given that the NAGP and its members were involved in its formation.

"The programme for chronic disease management was to be rolled out to all GPs, and therefore all GPs had a right to understand what the programme entailed, and what would be required of them." 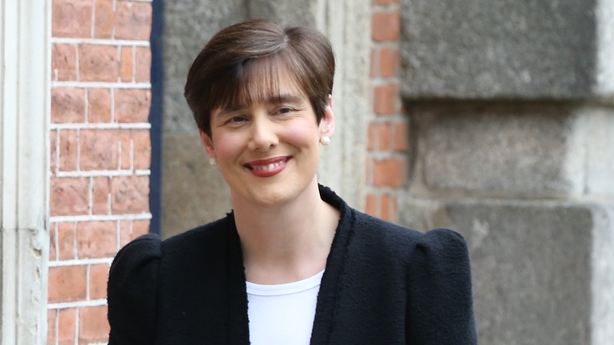 Minister for Education Norma Foley has said Mr Varadkar needs to outline in the Dáil "the motivation behind what happened, how it happened and when it happened".

Speaking on the same programme, she said she acknowledges "his willingness to do that".

She said that "this was absolutely not best practice" and that is "very apparent and very clear".

It is important that there is an opportunity "to hear more" and for further questions to be asked and answered, Ms Foley said.

"To take it any further at this stage would mean we are both pre-empting and pre-judging what happen next week, and I don't think that's right or proper," she said. "I think the correct forum is to be answerable in the Dáil, and that will happen next week".

Last night the Green Party - Fine Gael and Fianna Fáil's partner in Government - called on Mr Varadkar to give a "full and detailed account" to the Dáil, and allow time for questioning afterwards.

A Cork-based who was a member of the NAGP at the time said his initial reaction was "disappointment that stuff was being sent through back doors".

Speaking to RTÉ's Damien O'Reilly, Dr Phil Kieran said the more he read into it, the "more nuanced I started to feel".

Dr Kieran there "certainly was a feeling" in the NAGP at the time that a group which represented "a significant portion of GPs" was not being given access "to any degree of negotiation that was going on".

He said that if this happened to "keep that avenue open to GPs" then he is "glad someone was trying to keep us in the loop", but his feeling is that "this was being put out there to try and have the other arm of GP representation trying to encourage us all to just accept the deal".

He said that his memory of the situation at the time was that the only details he heard were "coming through the media".

He said they were being told that they were going to have to accept the deal "or there was nothing else coming".

He added: "My big worry, looking at all this, was that if it was to be put to the NAGP just to get us all to try and agree with it, if this was trying to quell a voice of descent in these negotiations, it really undermines an already difficult position that GPs have negotiating with the HSE".

Dr Kieran said he "absolutely" did not receive any document at the time and that it was not shared with members.