Norwegian mass murderer Anders Behring Breivik will seek to apply for parole, his lawyer has revealed.

In 2011, the far-right extremist killed eight people with a bomb in Oslo and shot dead 69 others on an island nearby. Many of his victims were teenagers attending a Labour Party youth camp.

Breivik is serving the Scandinavian country's maximum sentence of 21 years, which can be extended indefinitely.

He is eligible to seek parole after serving the first ten years of his term, a date he will reach in July 2021.

However, it is up to the Norwegian courts to determine whether a release is appropriate.

"I have at his demand sent a request for parole," Breivik's lawyer, Oeystein Storrvik, told the VG newspaper.

"This is a right that all prisoners (who can be detained indefinitely) have and that he wants to use," he said. 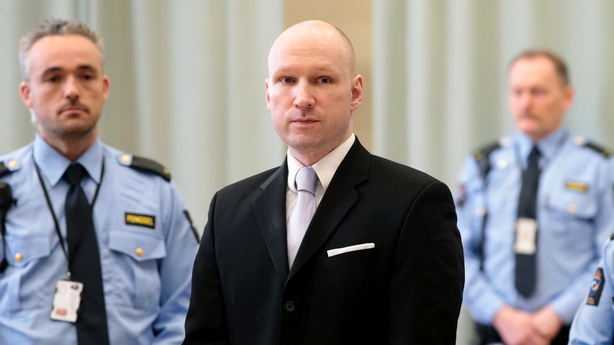 Reactions to Breivik's parole plan were immediate and negative.

"He will never be released. Never!" tweeted Raymond Johansen, the governing mayor of Oslo, who was secretary-general of the Labour Party at the time of the attacks.

Breivik is also set to launch a new legal challenge about his prison conditions, his lawyer told VG.

In 2015, he attempted to sue the Norwegian state to end his isolation in prison, arguing that such strict conditions violated his human rights.

He won the first round in 2016 but lost on appeal.

The Norwegian Supreme Court did not take up his case, nor did the European Court of Human Rights in Strasbourg.

Norway has one of the most liberal regimes in Europe in terms of crime and punishment, with most prisoners released after serving two-thirds of their sentences.

However, criminals can be detained indefinitely if they are deemed to still pose a threat to society.

"I feel quite safe that the Norwegian judicial system will do the right thing," tweeted Vegard Wennesland, a survivor of the attack on Utoeya island.