An inquest in England has formally declared that a body washed up on the shoreline in Cumbria in October 1986 was that of Patrick Healy, a 70-year-old Dublin man who was last seen at his home in Cabra on 20 September of that same year.

The inquest, which was held remotely due to Covid-19 travel restrictions, found that Mr Healy, a married father of three and grandfather of eight had drowned at sea.

Patrick Healy's granddaughter Alison, who was representing her family, dialled into the inquest which was held by conference call.

The inquest was chaired by Senior Coroner for Cumbria Kally Cheema who said she was personally pleased to be able to formally declare the identification of Mr Healy.

Further detail emerged at today's inquest about the strong indications that existed in 1986 that the body washed up in England was that of Patrick Healy, who had previously worked in CIÉ.

Today's inquest heard that his late wife Josephine was shown photographs in 1986 of the clothing of the body washed up in Cumbria.

Josephine Healy was adamant that the clothing was her husband's. In particular, she was drawn to a photograph of the one shoe that was still on the body when it was recovered.

Ms Healy had said at the time that she recognised that the shoe was laced up in a particular way that her husband would lace his shoes.

The inquest heard that at a post-mortem examination on 22 October 1986 other clues were found indicating that the body was that of an Irishman.

The body was fully clothed, and the man was wearing a brown patterned tie, which was labelled 'Styled by Kingstone of Dublin'. Irish £10 and £5 notes and Irish coinage were also found in the man's trousers.

Today's inquest heard that the case of Patrick Healy was considered as a possible match in 1986 but, having been in the water for some time, the body had decomposed and a facial recognition was not possible.

Forensic science at the time was very limited and advances in DNA technology did not exist. The body was buried unidentified in November 1986 at Whitehaven in Cumbria and an inquest the following year found the body had not been identified and the cause of death was unascertainable.

At today's inquest, Coroner Kally Cheema outlined the legal process she had engaged in to quash the original inquest findings and hold a fresh inquest.

Speaking at today's inquest Patrick Healy's granddaughter Alison said her grandfather had been a big football fan and liked walking and gardening.

He was last seen by his wife Josephine at their home at St Attracta Road in Cabra on the morning of 20 September 1986 when he indicated he intended heading for Dublin's coastline.

He had already been reported to gardaí as a missing person when, on the morning of Wednesday 22 October 1986, over 265km across the Irish Sea a woman out walking her dog at Silecroft in Cumbria spotted a body on the foreshore.

Today's inquest heard of the significant work undertaken by Cumbria police in 1986 in relation to the case. The inquest also heard that the clothing found on the body and original samples taken in 1986 had not been maintained, also when gardaí began a cold case review in recent years no paperwork had been kept of the contact from Cumbrian police in 1986.

However, modern science was able to finally identify the body which rested in a plot at Whitehaven Cemetery. The process of exhuming the body began when Mr Healy's family contacted authorities in Cumbria in recent years asking for the unidentified body to be exhumed and a DNA sample taken for comparison with the Healy family.

The Coroner said that the exhumation had originally been scheduled for earlier this year but was delayed due to Covid-19.

However, on 15 July this year the exhumation finally took place. The Coroner thanked the experts who travelled from London to Cumbria to conduct the exhumation. The process was very sensitive due to the fact that three other bodies had also been buried in the same plot.

A DNA sample was taken from the body and was examined by a scientist at Cellmark labs in England who confirmed that the body was indeed that of Patrick Healy.

At the conclusion of today's proceedings the Coroner expressed her condolences to Alison and all of Patrick Healy's loved ones. The Coroner said she was pleased that Mr Healy's body has now been repatriated to Ireland.

Alison told the inquest that her family have held a cremation service in Dublin and are awaiting Patrick's ashes to be given to them when he will then be laid to rest with his wife Josephine.

Two of Patrick's children are still alive including his daughter Mary, who gave her DNA to gardaí which helped solve the 34-year mystery. Patrick is also survived by his grandchildren.

The Coroner thanked John Siddle of the Cumbria Coroners office for liaising with the Healy family, and she also thanked police in Cumbria and gardaí in Ireland. The case was successfully reinvestigated in Cumbria by Detective Inspector John Graham-Cumming, and in Ireland by Detective Richie Lynch who was then working in the Garda Missing Persons Bureau.

Patrick Healy was born on St Patrick's Day in 1916. Today, sitting in a room alone at the Coroners Court in Cockermouth in Cumbria, the local coroner formally closed the case of the unidentified body washed up in 1986.

The body was Patrick Healy, and we now know he entered the water in Dublin, was drowned, and his body washed all the way across the Irish Sea to where he rested in England for 34 years. But now he is back in Ireland. Now he is home.

There are 575 other unidentified bodies in Britain.

If you are the family or friends of a missing person and wish to know more please contact me at barry.cummins@rte.ie 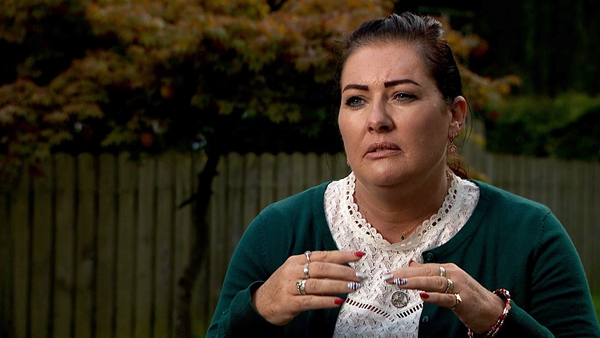 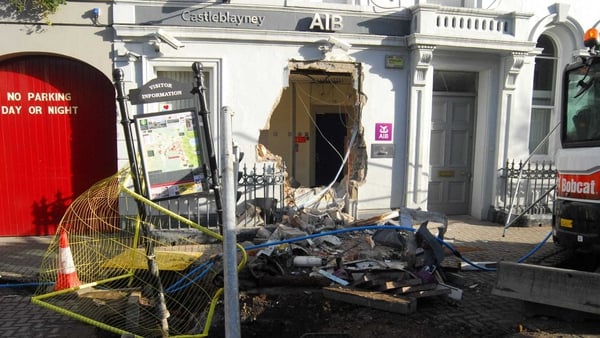