A British man who came to Dublin four-and-a-half years ago to kill the dissident republican, Michael Barr, one of the victims of the ongoing Hutch-Kinahan feud, has been found guilty of his murder.

David Hunter with an address at Du Cane Road, White City, London was found to be one of the gunmen wearing masks who shot dead the 35-year-old in the Sunset House in Dublin's North inner city on 25 April, 2016.

Two armed men, "wearing boiler suits and full rubber masks" went into the bar and shot Michael Barr seven times, five times in the head, once in the leg and once in the shoulder.

The getaway car, a silver Audi A6 arrived at Walsh Road in Drumcondra at 9.20pm and three men got out, set the car alight, got in to a "possibly silver" Ford Mondeo and left the scene.

Gardaí arrived and extinguished the fire and discovered four guns including the murder weapon, boiler suits, ski masks and rubber masks in the back seat.

They also found a " burner" phone, which had a number of missed calls, next to a bullet on the grass nearby.

David Hunter's DNA was found on two masks, a ski mask and a latex mask discovered in the partially burned out getaway car after the murder.

Hunter had claimed he came to Ireland from Liverpool on the ferry two days earlier to see a UB40 concert but it had already taken place.

He also claimed he had left a ski mask with his DNA in the getaway car two months earlier when he came to Ireland in February of that year to steal a car.

However, he could not explain why his DNA was found on the latex mask which the court found he was wearing on the night of the murder.

Hunter also received a phone call an hour after the murder from one of the four phones used on the night.

He told the gardaí that he had taken a call that night from a man looking to buy his red BMW car which he brought to Ireland and was selling.

The Special Criminal Court found this to be "unbelievable and untrue."

It found it more likely that when the gang could not get Hunter on the burner phone that was dropped after the murder that night, they called him on his personal UK mobile.

Hunter admitted that he bought a new phone in Holyhead before he boarded the ferry for Dublin, two days before the killing.

He said that after the murder he sold his car so he could get to Spain to enrole in a residential rehab programme, but he spent half the value of the car on two tickets, one in the name of Tom Wood, a flight to Malaga which was never used.

The court did not accept that his trip to Dublin was for "one last fling" before rehab but found this suspicious activity did not add up to proof of murder.

Mr Justice Alex Owens said the court was sure of David Hunter's guilt and that he was one of the two gunmen who entered the pub and murdered Michael Barr.

He said the murderers failed to burn out the car, dropped a burner phone at the getaway scene and Hunter's DNA was found on two masks there.

Hunter he said, cannot explain where he was at the time of the murder, he gave no credible explanation with innocence and the facts along with the circumstantial evidence prove his guilt beyond reasonable doubt.

'Michael's son is here, his heart is broken'

Speaking after the verdict, Michael Barr's father said it was a "good day for us as a family" and that the verdict gives them "some satisfaction".

"He was found guilty for all his lies," Colin Barr said. "He came here from Liverpool to kill someone and skip back to Spain.

"Michael's son is here, his heart is broken.

"These boys need to know there are consequences for life, that they will have to pay a price".

Mr Barr also said he is not worried that the case involved the Kinahan organised crime gang.

"We know who's behind this," he said. "Everyone knows and people are prepared to take money to take a human life.

"I have no fear of them, they can do what they want".

Organised crime has "no place in Ireland", he said. "Without the gardaí, these people would not be behind bars."

Mr Barr also called for Hunter to serve his full sentence in Ireland.

"The problem is, when he serves his sentence he'll be sent to Liverpool.

"He left England to come here to murder an Irish man, he should not be sent home. He should be made to serve his sentence here." 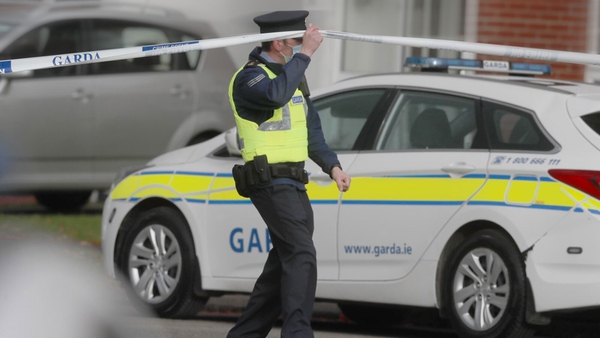 Bodies of woman and two children found in Dublin house