The president of Belarus has accused the opposition of attempting to seize power in the wake of mass protests against disputed presidential elections.

During a meeting of his security council, Alexander Lukashenko said the opposition's creation of a 'Coordination Council' was "an attempt to seize power," according to the state-run Belta news agency.

"They demand nothing more and nothing less: to transfer power to them," Lukashenko said.

Belarus's security forces brutally dispersed massive street demonstrations that erupted in the wake of the 9 August presidential vote, which the opposition said was rigged to ensure Lukashenko's victory.

The authoritarian leader's closest rival, Svetlana Tikhanovskaya, fled to neighbouring Lithuania and announced the creation of the Coordination Council to ensure the transfer of power.

Lukashenko warned that authorities would take "adequate measures" against opposition figures who participated in the council, saying that any response would be taken within the limits of the law.

Yet the Belarusian leader has come under fire from EU governments and rights groups for arresting nearly 7,000 demonstrators who took to the streets to protest the elections, with many detainees complaining of inhumane treatment and torture in detention centres.

Lukashenko also accused the opposition of preparing to cut ties with Minsk's most powerful ally, Russia, which has said it is ready to intervene in post-election turmoil if needed.

He said the opposition wanted to tear up the "union state" agreement with Moscow linking their economies and militaries, and suggested they were planning curbs on the use of the Russian language and on Russian businesses. 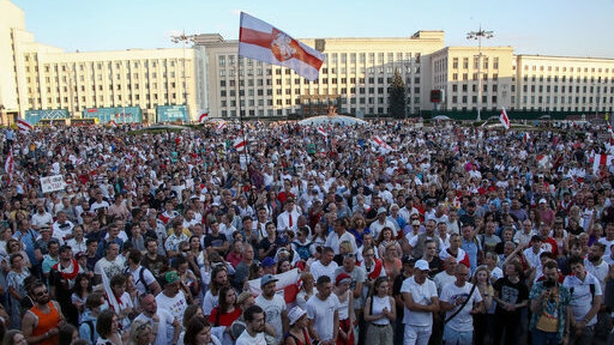 "We see Lukashenko's claims as an attempt to manipulate and deceive," she said in comments carried by the Interfax agency.

More than 100,000 people took part in a "March for Freedom" following calls from Ms Tikhanovskaya for continued demonstrations.

EU leaders are to hold an emergency video summit tomorrow to discuss their response to the crisis, which could include sanctions.

The EU has not explicitly called for Mr Lukashenko to step down, but some member states have called for fresh elections in Belarus.

US President Donald Trump said the United States was following events "very closely", describing it as a "terrible situation".

However, Russia, Mr Lukashenko's most powerful ally, has said it is ready to step in if necessary. 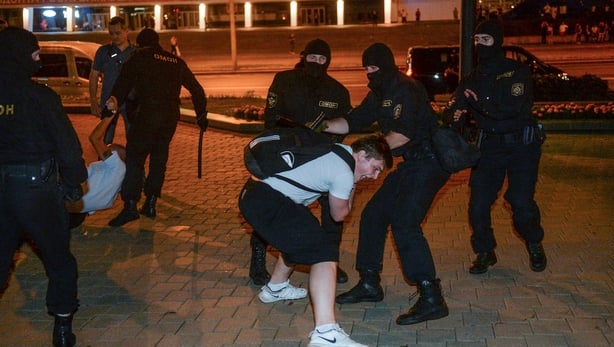