A mushroom company has said that the level of asymptomatic Covid-19 cases found at its plant in Co Tipperary is a "concern".

Walsh Mushrooms in Golden in Co Tipperary remains closed after it emerged that up to 29 staff members have tested positive for Covid-19.

The company employs 170 people at its premises outside the village, but after one staff member tested positive last week, further testing was carried out.

That resulted in another ten staff being told on Friday that they had Covid-19, while more tests over the weekend at a temporary facility in the village has led to, it is understood, 18 more people testing positive.

The news has caused concern in the area but local Fine Gael Senator Garret Ahearn said it is hoped that the outbreak has been contained within the factory.

"The indications are positive that it has been," he told RTÉ News.

The weekend tests were carried out by the HSE at a temporary structure built on the local church grounds with the help of the Defence Forces and the Civil Defence.

That has since been dismantled but follow-up tests will he conducted next weekend to establish if the outbreak has been limited, or if the virus is still spreading among the workforce at the mushroom facility workers and their close contacts. 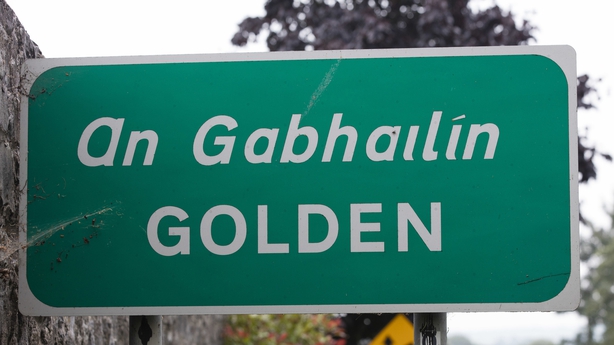 Walsh Mushrooms said in a statement this evening that "the level of asymptomatic positive results is a concern for the business" and it is awaiting confirmation of all test results from the HSE.

Operations were suspended late last week when a member of staff was diagnosed with Covid-19 while in self-isolation.

Testing of close contacts resulted in further positive cases, the company said, with blanket testing of all available staff completed over the weekend.

"All staff will be re-tested according to HSE advice on day 7 and day 14," the company said.

The plant had no incidents of Covid-19 until now, it said, and is using the temporary closure to carry out a "deep clean" at the facility.

"The safety, well-being and protection of our employees, their families and the local community is our number one priority," it said.

In a statement, the HSE said the outbreak in Golden is being dealt with "very effectively" and that the safety of the public is the main priority.