Tens of thousands of Belarusians rallied in Minsk today in the biggest demonstration yet against a disputed election, as President Alexander Lukashenko rejected calls to step down in a defiant speech.

Chanting "Leave", the protesters converged on a World War II memorial outside the city centre, with an AFP journalist estimating the turnout at up to 100,000 people, the largest yet in a week of demonstrations since the vote.

Columns of demonstrators raised victory signs and held flowers and balloons as they prepared to march to the central Independence Square, the focus of peaceful demonstrations in recent days.

Demonstrators held placards with slogans such as "We are against violence" and "Lukashenko must answer for the torture and dead". 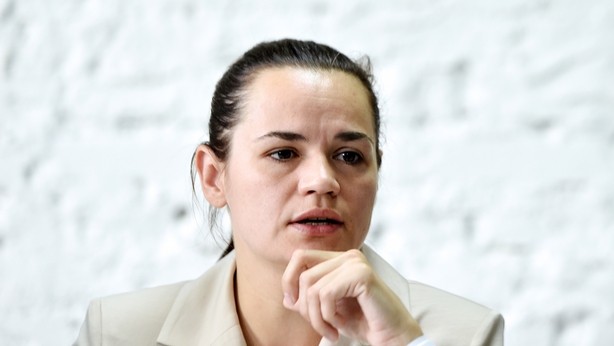 Popular opposition candidate Svetlana Tikhanovskaya had called for a weekend of protests after leaving for neighbouring Lithuania following the disputed election, which gave Mr Lukashenko 80% of the vote.

More and more Belarusians have taken to the streets over the last week to condemn Mr Lukashenko's disputed victory and a subsequent violent crackdown by riot police and abuse of detainees.

Mr Lukashenko, who has ruled the ex-Soviet country for 26 years, is facing an unprecedented challenge to his leadership.

In a rare campaign-style rally in front of flag-waving supporters in central Minsk, the 65-year-old strongman said: "I called you here not to defend me... but for the first time in a quarter-century, to defend your country and its independence." 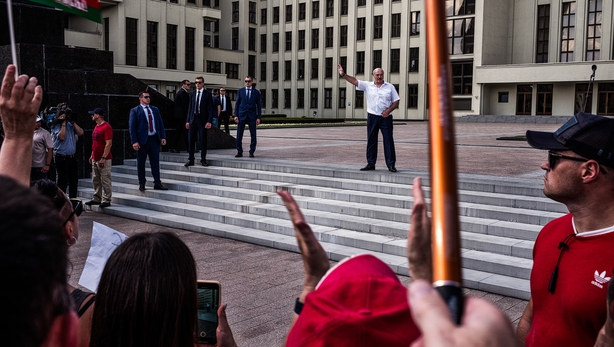 Standing at a podium in a short-sleeved shirt, Mr Lukashenko insisted on the legitimacy of the presidential poll.

"The elections were valid. There could not be more than 80% of votes falsified," he said.

He warned that neighbouring EU countries and Ukraine were making calls for fresh elections.

"We won't give away the country," he said.

With pressure growing from the street and abroad after the European Union said it would impose new sanctions, Mr Lukashenko has reached out to Russia.

Moscow said today it was ready to provide military help if needed.

The Kremlin said that in a call with Mr Lukashenko, President Vladimir Putin had expressed Russia's "readiness to provide the needed assistance" including "if necessary" through the CSTO military alliance between six ex-Soviet states.