Gunmen on motorcycles killed eight people, including a group of French aid workers, as they visited a part of Niger popular with tourists for its wildlife, officials said.

France confirmed its nationals were among the dead, without giving a figure.

French aid group ACTED said seven of its workers were among those killed.

It is believed to be the first such attack on Westerners in the area, a popular tourist attraction in the former French colony thanks to its unique population of West African or Niger giraffes.

A source close to Niger's environmental services said the assault took place at around 11.30am local time, 6m east of the town of Kouré, which is an hour's drive from the capital Niamey. 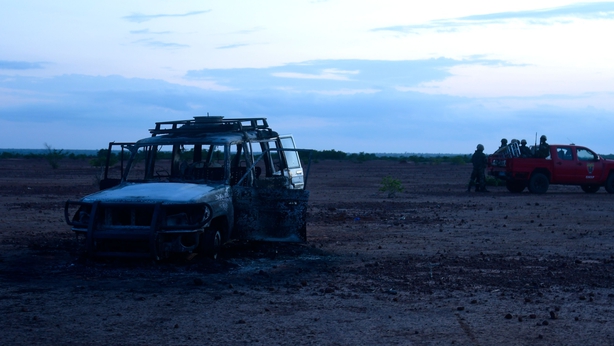 The office of French President Emmanuel Macron said he spoke on the phone with his Niger counterpart Mahamadou Issoufou.

Both leaders condemned the "cowardly" attack.

In Paris, a spokesman for the French army said France's Barkhane force, which fights jihadists in the Sahel region, had provided support to Niger's forces.

The area where the attack took place is considered to be relatively safe.

West African giraffes, a subspecies distinguished by its lighter colour, are a key tourist attraction, enjoying the protection of local people and conservation groups.

However, the Tillaberi region is in a hugely unstable location, near the borders of Mali and Burkina Faso.

The region has become a hideout for Sahel jihadist groups such as the Islamic State in the Greater Sahara (ISGS).

The use of motorcycles has been totally banned since January in an attempt to curb the movements of such jihadists.

Numerous Europeans have been abducted or killed in the volatile region.

Two young Frenchmen, Antoine De Leocour and Vincent Delory, were killed after being kidnapped by jihadists from a restaurant in Niamey in 2011.