A baby was among seven people who died as torrential rains and floods swept the Greek island of Evia, also known as Euboea, damaging dozens of houses and blocking roads.

The eight-month-old baby was found dead in a house in the village of Politika, said a spokesman for firefighters involved in rescue efforts. The baby's parents were unharmed.

Hours earlier, a man and woman in their 80s were found unconscious by firefighters in two houses in the same village. They were confirmed as dead at the hospital.

Two other people who died, a 74-year-old man and a 73-year-old woman, were from the village of Bourtsi, the ANA news agency reported.

The five dead were among an earlier official toll, which also listed one person as missing, following torrential rains late Saturday and early Sunday.

One woman was found after being reported missing. The ANA news agency said a helicopter had spotted the missing woman, who had been swept away by the floodwaters from her home in Bourtsi. 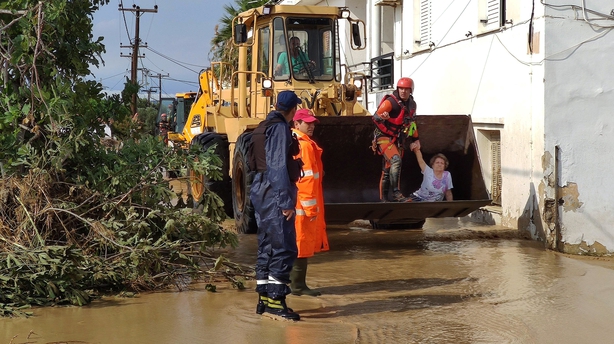 Prime Minister Kyriakos Mitsotakis voiced his "profound pain for the loss of lives" and said he would visit Evia, Greece's second largest island after Crete, on Monday.

Torrents of water blocked roads in the west of Evia, which lies about 100km northeast of Athens. Some tourists were unable to leave one campsite on the island, ANA reported.

"We are experiencing a nightmare, we are using every possible means" to combat the floods, said Ana Fanis Spanos, a lawmaker from the central Greece region. 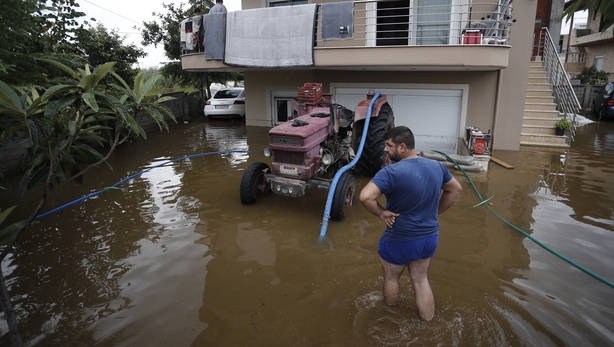 Two rivers burst their banks and filled roads with mud, local authorities said. The ground floors of many houses were flooded.

Manos Anastasiou, a hotel employee in Politika, told AFP how astonished he was at seeing so much rain in such a short time.

"I'm 51 years old and it's the first time I have seen something like this," he said.

About 100 firefighters and two helicopters as well as the coastguard were deployed to rescue those trapped.