Iceland wants to protect the Arctic from rising global tensions between the United States and China, the Icelandic Prime Minister has said in an interview with AFP.

Her comments followed a trip to Denmark last week by US Secretary of State Mike Pompeo during which he criticised China for designating itself a near-Arctic nation.

"We have obviously seen a rise in tensions between the US and China," said Katrín Jakobsdottir. 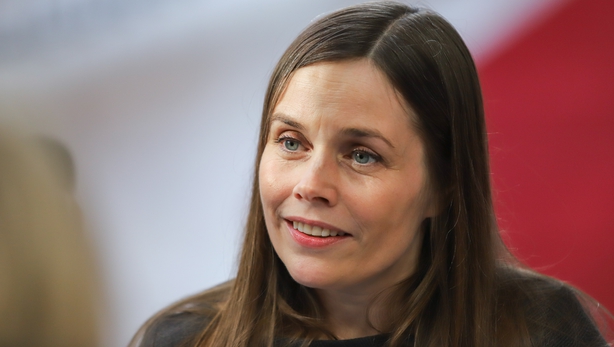 "And obviously if you're asking specifically about the Arctic then we also have seen a very growing interest of both US and the Chinese in the Arctic.

"So that's something that we have sensed very clearly here in Iceland and really in all the Arctic region."

Mr Pompeo's visit to Copenhagen, during which he highlighted the "naivety" of westerners in the Arctic in the face of the "new competition" with the Russians and the Chinese in the region, came a year after President Donald Trump's contentious offer to buy Greenland from Denmark.

"I have been very focused on making sure the Arctic stays a very low tension area," said Ms Jakobsdottir.

"We should be very focused on avoiding military activities around the Arctic. It's very important not just for those of us who live here, but also for the environment.

"That has been the goal of the Icelandic government: to maintain the Arctic as a low tension area."

Iceland is due to host a meeting of Arctic Council ministers in May 2021, which brings together the United States, Russia and other countries bordering the Far North.

Several European countries, but also China and India, are observer members of this regional forum.

China, an observer member since 2013, considers itself a power "close to the Arctic" and wants to set up "polar silk roads".

Iceland is a member of NATO, but this volcanic country of 365,000 inhabitants, in the North Atlantic, is the only one in the alliance that does not have an army. Maritime security is ensured by a coast guard unit.

The US had an air base in Keflavik, near Reykjavik, throughout the Cold War, but withdrew from it in 2006, before tensions with Russia rose in recent years.