A Sumatran tiger - a critically endangered species - was born in a zoo in Poland, officials said.

The female cub was born during the coronavirus lockdown on 20 May at the Wroclaw Zoo in the southwestern city by the same name, but news of her arrival was only made public now.

"We were nervous as this is Nuri's first cub, but she's proving to be an expert mum," zoo director Radoslaw Ratajszczak told AFP.

The zoo is inviting internet users to its Facebook page to help find a name for the cub.

"We'd be pleased to find an Asian name reflecting the origin of the species," Mr Ratajszczak said, adding that "zoo staff, especially the tiger-keepers, will make the final choice."

Sumatran tigers usually live around 30 years, with females giving birth to some 10 cubs over the course of their lives, according to Mr Ratajszczak. 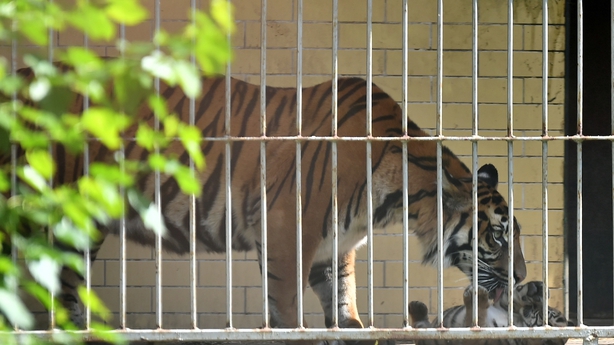 Native to the Indonesian island of Sumatra, the tigers are considered critically endangered by the International Union for Conservation of Nature, with fewer than 400 believed to remain in the wild and under 300 in captivity.

Tiger parts are widely used in traditional medicine - particularly in China - despite overwhelming scientific evidence they have no beneficial value.