Britain and the European Union have resumed talks, with the clock running down to a year-end deadline for a new post-Brexit deal.

The latest round of negotiations takes place over three days in London, with stalemate in key areas stoking fears of a no-deal outcome.

British Prime Minister Boris Johnson in June vowed to add "a bit of oomph" into the gridlocked process, and predicted talks could conclude as early as this month.

But several face-to-face sessions since then have yielded few signs of compromise, and the two sides remain far apart on various issues, with only two further rounds of talks left.

Britain steadfastly refuses to extend the transition period and insists it will not let the negotiations "drag on" towards the end of the year. 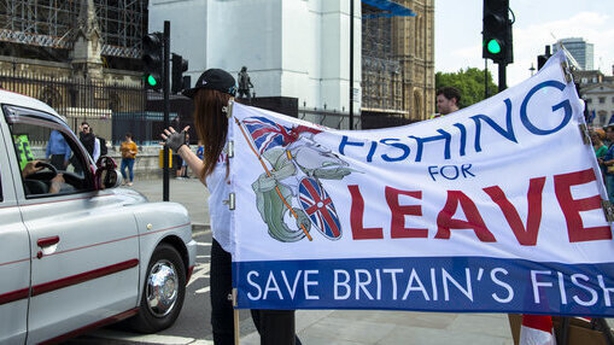 The UK would "continue to engage constructively" with the EU, he added, but warned time was running out.

"We've said we don't want the talks to drag on into the autumn, that we want to make progress as quickly as possible in order to give certainty and clarity to business and there's no change to that," he told reporters.

Weekend reports in British newspapers said Mr Johnson is "reconciled" to the talks ending after the final scheduled round in mid-August, because of the "chasm" between the sides.