Amber Heard's dog once ate cannabis after "scooping it up" before Johnny Depp could reach it, the High Court in London has heard.

The Hollywood star was asked about an incident in which a Yorkshire Terrier, named Boo, swallowed "a little ball of hashish" as he gave evidence in his libel action against News Group Newspapers (NGN), publishers of The Sun.

The court has also heard about an alleged incident in which it is claimed Mr Depp held another of Ms Heard's dogs out of a car window, which he dismissed as "utter falsity".

Cross-examining Mr Depp, 57, Sasha Wass QC, counsel for NGN, asked the star about an occasion in which Ms Heard's dog "had eaten some hash, some cannabis, quite a lot".

The barrister suggested it was about an ounce of hash, but Mr Depp said: "I wouldn't say it was an ounce." He added: "The puppy got a hold of a little ball of hashish and just scooped it up before I could get to it."

Earlier, Ms Wass referred to an incident where Mr Depp was travelling in a car with Ms Heard, 34, her sister Whitney, her pet Yorkshire terrier, Pistol, a driver, and the actor's assistant Nathan Holmes.

"And you took hold of Pistol and you held her out of the window and started making howling noises," Ms Wass said.

The actor responded: "I can say it is a very endearing image, but it is absolute utter falsity, it is fraudulent."

Ms Wass then suggested Mr Depp thought this was funny, to which he responded: "No ma'am, I don't think hanging an animal, a small defenceless dog that weighs three pounds out of a window is fun."

The barrister then asked if Mr Depp had laughed at a suggestion of the dog being put in a microwave, to which he replied that was a "running joke" between himself, Ms Heard and others.

He added: "I wouldn't say that I was the inventor of that particular joke and also I wasn't the only one who brought anything like that up."

Mr Depp had earlier denied slapping his ex-wife Amber Heard after she laughed at his 'Wino Forever' tattoo, as he faced further questioning on the second day of his high-profile libel action.

The Hollywood actor rejected suggestions he slapped Ms Heard three times after she joked about the tattoo, during a period of time when Mr Depp had "fallen off the wagon".

The 57-year-old was probed about the alleged incident as he re-entered the witness box to give evidence in his claim.

Mr Depp is suing the tabloid's publisher, NGN, and its executive editor, Dan Wootton, over the 2018 article, which labelled him a "wife beater" and referred to "overwhelming evidence" that he attacked Ms Heard during their relationship - which he strenuously denies.

Ms Wass asked Mr Depp about the alleged incident in March 2013, which the actor agreed was at a time when he had "fallen off the wagon" following about 160 days of sobriety.

It involved a tattoo the actor had done on his arm during his relationship with actress Winona Ryder, which read 'Winona Forever' and which he had changed to 'Wino Forever' after they broke up.

Ms Wass put it to Mr Depp that he had slapped Ms Heard three times after she laughed at the tattoo during a period where he was drinking heavily.

She said: "Do you accept that Ms Heard was making a joke out of your tattoo, 'Wino Forever'?"

Ms Wass QC continued: "I suggest that that provoked disappointment, firstly, in you, and then anger in you, but you don't remember."

"I don't recall any argument about any of my tattoos," Mr Depp replied.

Ms Wass said: "You then, Mr Depp, slapped Ms Heard across the face."

The actor responded: "That is not correct, it's untrue. It didn't happen."

Ms Wass then put it to the actor that he slapped his former wife three times in total during the incident, to which he replied: "I'm sorry but that is not true, you are mistaken."

The barrister then put it to Mr Depp that he "broke down" after coming to his senses and realising what he had done, to which he said: "I didn't hit Ms Heard."

Ms Heard claims that Mr Depp first hit her in early 2013 - one of 14 separate allegations of domestic violence, all denied by Mr Depp, and relied on by NGN in its defence.

The actor said in court: "Well she poured me the whisky and cocaine was visible in front of her, and I have experienced many times with Ms Heard that she would, in fact, chop the cocaine up for me so that I could do the line and then she would press her finger into it and ingest it orally.

Ms Wass referred to text messages between Mr Depp and his friend Paul Bettany about "the fact that Ms Heard was trying to wean you off drug taking".

Ms Wass asked: "How does that last statement square with your suggestion that she didn't support your sobriety?"

Mr Depp replied that if someone was helping "an alcoholic or somebody who is believed to be addicted to drugs ... would then themselves stop drinking in front of that person and stop doing drugs around that person".
He added: "I would say that is full support."

Ms Wass said Ms Heard would have two or three glasses of wine, prompting Mr Depp to say: "Two or three bottles." The barrister replied: "That is complete nonsense." 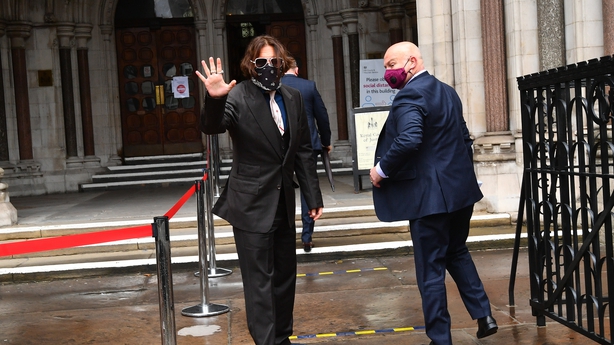 Ms Wass also read aloud an email written by Ms Heard to Mr Depp, which was never sent to him, in which she said the actor lived "in a world full of enablers".

The email began: "I just don't know if I can do this anymore. It is like Dr Jekyll and Mr Hyde. Half of you I love madly, and the other half scares me. I can't take him. I wish I could, but I can't.

"The problem is, I never really know/understand which one I'm dealing with until it's too late.

"The drinking assures me that I am dealing with the monster. The abused, scared, insecure, violent little boy. I just can't tell where the line starts."

The barrister added: "Your answer to Ms Heard's allegation that you were a serial domestic abuser was that this is a hoax."

He added: "From hearing you read out this (email), that was not sent to me, and from some of the information I have garnered from my experience yesterday and having studied the case, I will suggest, ma'am, that it appears to me that Ms Heard was building a dossier very early on that appears to be an insurance policy for later." 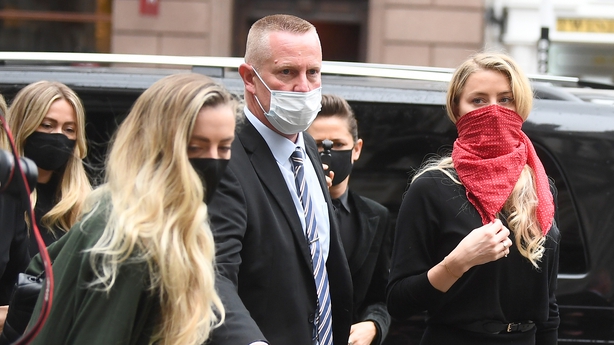 Ms Wass had opened the second day of Mr Depp's cross-examination by asking the actor about his drug use, saying: "Were you taking cocaine in March 2013?"

Mr Depp replied that it was "difficult to recollect if I was taking cocaine in March 2013 ... it's possible".

The barrister later told the court that Ms Heard had told Mr Depp "that she knew all about addiction because her father and, indeed, also her mother had also been drug users".

Mr Depp said that was true and that he became "very close" with Ms Heard's father and mother.

But the actor denied that Ms Heard had said "she could help him" with his drug use.

The actor's case against NGN and Mr Wootton arises out of the publication of an article on The Sun's website on April 27 2018 with the headline "Gone Potty: How can JK Rowling be 'genuinely happy' casting wife beater Johnny Depp in the new Fantastic Beasts film?"

In a written outline of the actor's case, his barrister, David Sherborne, said the article made "defamatory allegations of the utmost seriousness" against Mr Depp, accusing him of committing serious assaults on Ms Heard and "inflicting such serious injuries that she feared for her life".

Mr Sherborne said: "The articles amount to a full-scale attack on the claimant as a 'wife beater', guilty of the most horrendous physical abuse. The claimant's position is clear - Ms Heard's allegations are complete lies. The claimant was not violent towards Ms Heard, it was she who was violent to him."

He added: "The marriage was at times physical, at her instigation, and on occasions he found it necessary to defend himself from her violence. He is not a wife beater and never has been."

A separate libel claim brought by Mr Depp against Ms Heard in the US, over a December 2018 column in the Washington Post which said the actress received "the full force of our culture's wrath for women who speak out" but did not mention Mr Depp by name, is due to begin next January.