At the Cistercian Abbey in Roscrea in Co Tipperary, monastic life continued uninterrupted during the Covid crisis, as it has done for 142 years since its foundation in 1878.

The seven Cistercian monks who live there continued with their daily rituals of early morning prayer, hymns, farming, and baking their monastic bread.

2020 was to be a very special year of work for the transition year class at Cistercian College, the secondary school for boys located in the abbey grounds.

The TY class had embarked on a unique project for the year, the construction of their very own 'Cistercian College Camino' or path of prayer which would meander for several kilometres through the Abbey grounds.

The pandemic almost paralysed the entire project - were it not for the determination of the monks themselves and the TY teacher co-ordinator.

TY student Simon O'Keefe said they began the work just after Christmas, hauling buckets of sand and gravel up a steep hill for hours each day.

"It was a lot of hard work, but it brought us all together as a school year to undertake a special project, and to give something back to the monastery for letting us have the school here," he said.

Follow TY student Peter Collins said "there was an awful lot of manual work involved. It was tough, but it was also fun as we enjoyed being outdoors and out of the classroom".

One of the monks, Fr Aódhan McDunphy who is aged in his 90s and has been part of the Cistercian community for 64 years, worked with the boys.

He said the class managed to pull 60 tonnes of sand gravel, stone and logs, through difficult forest terrain to get the work done.

But near disaster struck in mid March, when the work on the path had to be halted abruptly because of the coronavirus pandemic.

TY coordinator and teacher Paddy Smith, who had initiated the project with the students, said this was the ideal project for TY.

"I considered this to be bringing them out into God's own classroom in the great outdoors and the boys were doing brilliant work on it," he said. 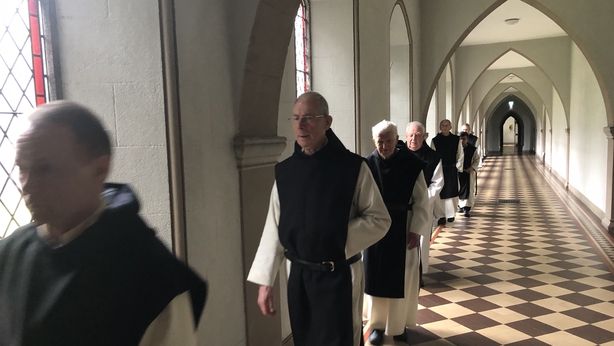 "But all of a sudden - when we had half the path constructed - it came to an sudden stop because of the pandemic. The school had to close and all the classes had to go home.

"It was hugely disappointing and indeed, painful, as the boys had put a lot of physical effort into it. And of course physical work is very much a part of monastic life, and the boys bought into that idea.

"It was also a link between the school and the abbey and this path was a gift from the boys back to the abbey," Mr Smith said.

But he and the monks could not let the work already done go to waste, and were determined to complete the boys project.

‘An Cósan Caol’ - or the narrow path as it is now known - was finished by Fr Aódhan and Mr Smith into a lovely trail through the wooded monastery grounds, right through to a tiered waterfall.

There are several stops along the way with log seats to pause and pray and contemplate.

It is now being widely used by the local community who come to walk the narrow path and savour the sounds of the woods and waters.

Fr Aódhan said: "We finished it, but it is very much the boys' project. It has been a godsend to the people of the locality during the pandemic, a gift from the TY class back to the monastery and local community." 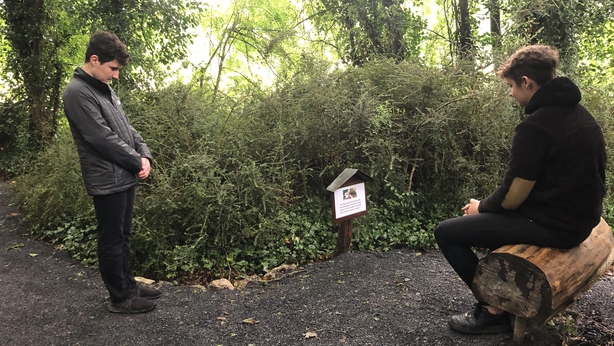 This was echoed by Mr Smith, who said 2020 has been a memorable year for many reasons.

"The boys have left a lasting legacy in this path of prayer, because it is now a heavenly place to be used by the community of monks and local people," he added.

And the TY class have been delighted that the work they started did get finished, a lasting transition year project to be proud of and revisited.

Student Joseph Coffey said it was great to be working with the Monks outdoors.

"I feel it’s very important that over the next few years when we come back I can think of my friends and that we did this all together," he said.

Student Peter Collins said he has heard the path described as "paradise".

"It will be lovely to come back in a few years when we're older, and remind ourselves that in the year of the coronavirus, we did this project together - yes that will be very nice," he added.