With just months to go until the extension period runs out at the end of the year, Ms Foster said she wants to see a trade deal agreed.

"We need to make sure that both sides understand that it's to both sides' benefit, and that's something I think the European Union often didn't get in the negotiations from 2016 onwards," she told the BBC Radio 4's Political Thinking With Nick Robinson podcast.

"And for both our sakes I hope that we do get to a situation where we get a deal because that's what we need in Northern Ireland."

"In term of Northern Ireland to Great Britain, unfettered access has very much been stated again in the command paper. I suppose the concern we are focused on is the transport of goods from Great Britain to Northern Ireland because the whole issue is about the risk of those goods going into the Republic of Ireland and into the single market," she said.

"We would say that is a very minimal risk when you look at the size of the single market of the European Union, so it's very important that we continue to work with the UK government in making sure those are minimal checks.

"Of course we have had checks for many years in terms of live animals, SPS checks, to make sure there is no disease coming into the island of Ireland and those will continue but we need to make sure the rest of the administrative checks are kept to a minimal." 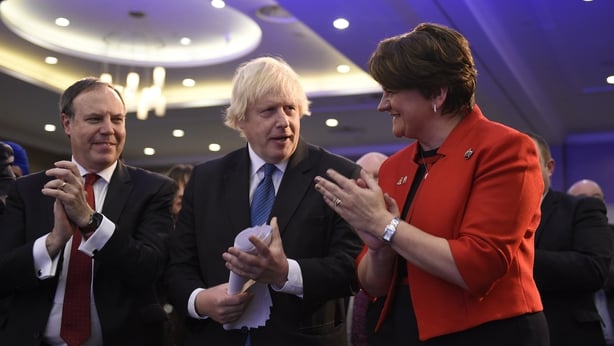 "But we have to make sure we protect Northern Ireland. He knows that," she said.

Asked if she worried about the impact of Brexit on Northern Ireland's place in the UK, Ms Foster said she thinks most would prefer to remain in the UK.

"After this crisis abates we will see the impact that being part of the European Union will have on the Republic of Ireland. They have borrowed very heavily in terms of what they have been able to do over Covid so the implications of that will come home," she said.

"They are now net contributors to the European Union and that will have an impact.

"But we have a very good relationship with our neighbours, I think that that is a mature way to be."

Turning to the pandemic, Ms Foster said she hopes to be in a position by the end of the summer "where things are moving in the right direction and we are coming out" (of lockdown).

"I suppose the worry then is, and the worry for us all, is the threat of a second wave of the pandemic, and that will be devastating if we don't manage that because of course the economy is the main concern there," she said. 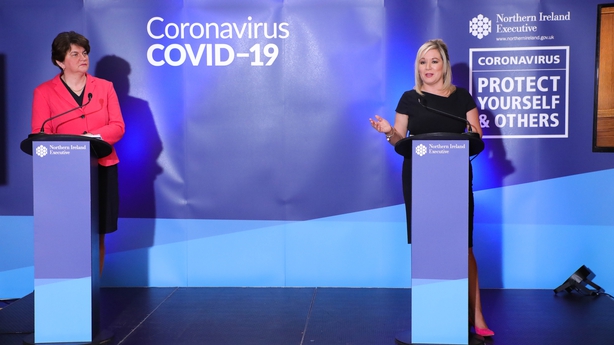 She said that she and deputy First Minister Michelle O'Neill found the shared experience of both their mothers being ill "brought out their humanity".

Ms Foster said she has had moments when she wonders if the right thing is being done with regards to the pandemic after introducing strict social distancing measures, which she described as "some of the most draconian steps that have ever been taken in this country since World War Two".

"It's a huge responsibility so of course we have those moments, I have those moments, when you think about are you doing the right thing and you do lean heavily on our medical advisers at this time and then try to take the decisions based on what they tell us," she said.

"And I'm pleased to say that in terms of the number of deaths in Northern Ireland, we have managed to keep them as low as we possibly could and that has worked well."