Emergency workers are searching for seven people still missing as El Salvador and its Central American neighbours picked through the destruction after the first named Pacific storm of the year left at least 18 people dead.

Rescue teams were trying to locate the missing in floodwaters caused by torrential rain and high winds after Storm Amanda swept in from the Pacific on Sunday, El Salvador's Interior Minister Mario Duran said.

El Salvador bore the brunt of Amanda, which triggered flash floods, landslides and power outages as it ripped into poor Central American states.

One of those who died was a nine-year-old boy swept into a flooded river on the Caribbean coast while another person was killed in a house collapse northeast of Guatemala City, Mr de Leon said.

One person was killed in Honduras, where authorities reported landslides and flooding in several parts of the country. 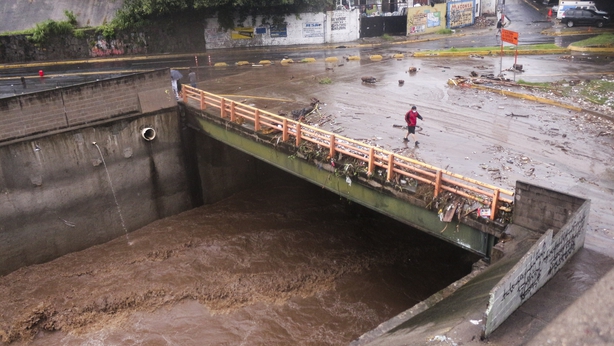 El Salvador's President Nayib Bukele declared a 15-day state of emergency to cope with the effects of the storm, which he estimated to have caused $200 million in damage.

Torrents of floodwater tossed vehicles around like toys and damaged about 200 homes, the head of the Civil Protection Service William Hernandez said.

Some 7,225 people were evacuated from high-risk areas, soldiers and civil protection workers transferring them to 154 shelters set up throughout the country.

The environment ministry said the rains had left up to 500 millimeters of water, almost a third of the yearly average of 1,800 mm.

Many areas were left without power or drinking water and vulnerable to landslides.

"The storm has come to show how vulnerable this country is, as well as the lack of investment in infrastructure," Mr Duran said.

Most of the territory of the country and its 6.6 million population is considered vulnerable to weather events. 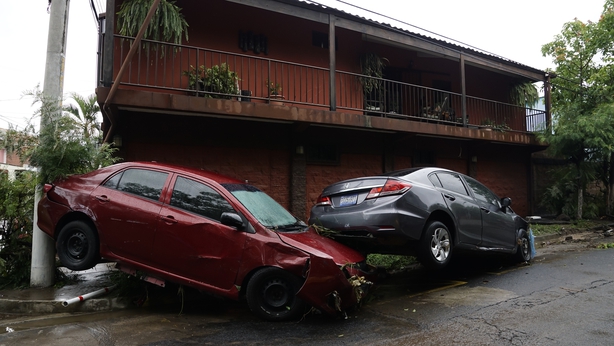