The video of George Floyd being pinned to the ground by a Minneapolis police officer is distressing and shocking.

It happened on Monday.

Mr Floyd, an unarmed black man, can be seen struggling for air as the arresting officer kneels on his neck.

Before his death he said "I can't breath" and this has become the rallying call for thousands of protestors in cities across the US.

The incident has been widely condemned and Minneapolis police officer Derek Chauvin has been arrested and charged with third degree murder and manslaughter.

None of this however has eased tensions.

Protests have been held from New York to LA, from Seattle to Miami and dozens of cities in between. 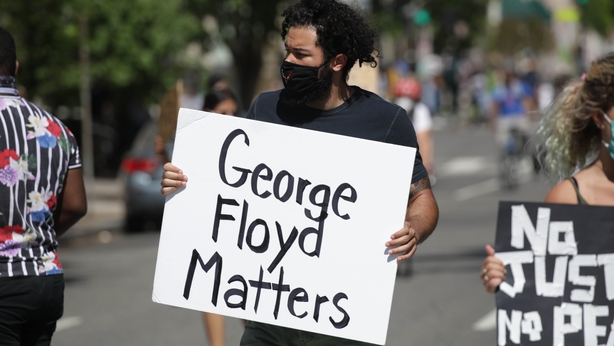 Curfews have been imposed and the National Guard has been deployed.

Protestors have been hit with tear gas, rubber bullets and baton charges.

While the death of George Floyd was the spark, the fuel for this latest fire is the stark racial divide that continues to exist in the United States.

The coronavirus pandemic has highlighted this inequality.

George Floyd's death is the latest in a series of controversial killings of African Americans, something which many of the protests of recent days have highlighted.

More than 100,000 people have died from the virus in the US and African Americans are being disproportionately affected.

Many black people have jobs deemed to be frontline and essential and are therefore unable to work from home.

African Americans also tend to have less access to healthcare and are more likely to suffer from underlying health conditions.

There are big economic implications too, with the pandemic decimating US businesses and leaving 40 million people unemployed. 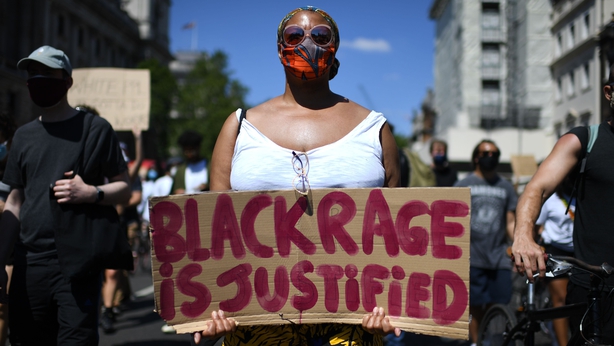 George Floyd’s death is the latest in a series of controversial killings of African Americans, something which many of the protests of recent days have highlighted.

The US President Donald Trump has threatened to use force against the rioters and tweeted "when the looting starts, the shooting starts."

"I can't breath" may be the latest rallying call but it won’t be the last in a country where millions still feel stifled by inequality.

He warned protestors that if they climbed the gates surrounding the White House they would be met with "the most vicious dogs, and most ominous weapons I have ever seen."

He described George Floyd’s death as a grave tragedy that should never have happened adding that it had filled people with horror, anger and grief.

"I stand before you as a friend and ally to every American seeking justice and peace, and I stand before you in firm opposition to anyone exploiting this tragedy to loot, rob, and menace. Healing not hatred, justice not chaos are the mission at hand," he said. 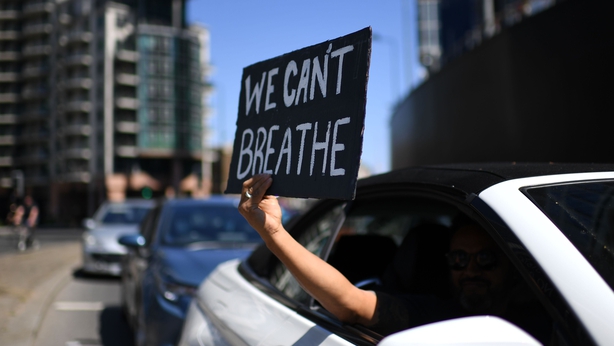 He said protesting police brutality was right and necessary.

But it will take more than calls for unity from political leaders to heal this divided nation.

"I can’t breath" may be the latest rallying call but it won’t be the last in a country where millions still feel stifled by inequality.