A Co Tipperary based meat processor has confirmed that all its staff have been tested for Covid-19 after concerns about the virus at the facility.

In Co Westmeath, Dawn Meats has suspended production at its boning hall in Kilbeggan due to four confirmed cases of the virus.

Rosderra Irish Meats issued a statement in which it confirmed a number of its staff tested positive with Covid-19.

Rosderra Meats has confirmed the positive cases, but has not disclosed the number.

But in the Dáil last night, Sinn Féin's agriculture spokesperson Brian Stanley claimed it was as high as 120.

Sources within the company, and close to it, have confirmed to RTÉ News that is accurate.

The company said that all its facilities are fully regulated by the Department of Agriculture.

It said it has implemented what it called "stringent" control measures to protect workers at the plant. It confirmed that the plant is still operational.

RTÉ News understands that the HSE carried out tests on all 400 staff at this plant on Friday and Saturday.

Trade union SIPTU is calling for the mandatory temperature testing and provision of PPE for all workers in meat and dairy processing plants.

Separately, Dawn Meats has suspended production at its boning hall in Kilbeggan.

The company said this morning that when it "became aware of four confirmed cases of Covid-19 amongst workers in Kilbeggan we decided to defer production".

Dawn Meats also said that the cases detected reflect less than 2% of the staff at the plant and the decision has been taken "out of an abundance of caution".

The company said in a statement: "We have implemented a detailed series of measures to manage risks associated with Covid-19, and to maintain social distancing in our facilities in line with procedures recommended by the HSE and other Government agencies."

Dawn Meats also said that it will not affect its ability to supply customers or receive cattle at its other facilities around the country.

It follows confirmation from Minister for Agriculture Michael Creed last night that his department was aware of six so-called clusters in meat processing facilities.

Last night in the Dáil, there were claims that another company had 120 confirmed cases of the virus but was still operating.

Mr Stanley claimed that the first cases emerged at the facility a month ago.

Mr Stanley said staff were concerned about social distancing at it and other facilities.

Mr Creed told the Dáil that staff from his department continued to work at the facility.

He told the Sinn Féin TD that whilst food production was important, it was secondary to the health and well-being of staff working in meat factories.

Meat Industry Ireland has said that meat processing plants have implemented a range of measures to ensure the safety of staff.

The group, which represents meat processors, said in a statement that "continued operations in meat processing is only possible due to the incredible commitment and efforts of staff at meat plants, of farmers and hauliers and all service providers to the industry".

Nearly 15,000 people work in meat processing in Ireland at more than 45 facilities all over the country.

Meanwhile, figures from the Health Protection Surveillance Centre show a 75% increase in workplace-related coronavirus clusters in the space of eight days.

The data shows that up to midnight on Sunday 19 April, there were 16 workplace-related coronavirus clusters.

However, this has risen to 28 such clusters in the latest report, which covers up to midnight on Monday 27 April.

There are six such clusters in the south of the country, and five each in the east and the midlands.

The President of the Irish Farmers Association has said it is "concerning" that Rosderra Irish Meats in Co Tipperary has confirmed that all its staff have been tested for Covid-19 after concerns about the virus at the facility.

Speaking on RTÉ's Drivetime,, Tim Cullinane said it is concerning because especially during this time it is important that "when livestock comes available for slaughter that they can be slaughtered."

He said he has been assured by members that all Covid-19 guidelines are being followed by farmers, and organisations in the meat and agri-food industry. 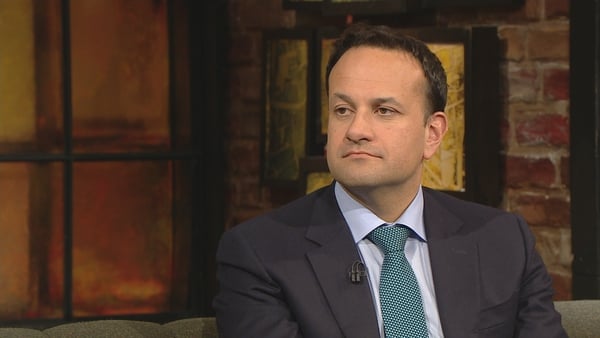 Five-stage plan to ease restrictions will begin 18 May