British Prime Minister Boris Johnson's condition has worsened since being hospitalised with persistent Covid-19 symptoms and he has been moved into intensive care, his Downing Street office said in a statement.

He was admitted to hospital in London yesterday with "persistent" symptoms of the coronavirus.

"Over the course of this afternoon, the condition of the Prime Minister has worsened and, on the advice of his medical team, he has been moved to the Intensive Care Unit at St Thomas' Hospital.

"The PM has asked Foreign Secretary Dominic Raab, who is the First Secretary of State, to deputise for him where necessary."

A Downing Street spokesperson said the prime minister had been moved to the intensive care unit as "a precaution should he require ventilation to aid his recovery".

Mr Johnson was admitted to St Thomas' Hospital in London yesterday with a temperature and a cough after testing positive for coronavirus on 27 March, becoming the most high-profile world leader infected with the disease that has spread rapidly across the globe.

The 55-year-old had been self-isolating in his Downing Street flat, but yesterday evening he was driven to a nearby NHS hospital on the advice of his doctor.

Officials said it was a "precautionary step" but questions had earlier been raised about whether the Conservative leader could still run the country.

Mr Johnson's pregnant partner, Carrie Symonds, moved out of Downing Street after some staff fell ill. But she said on Saturday she had just spent a week in bed with symptoms, although she has not been tested.

Britain has no formal succession plan should the prime minister become incapacitated, but Mr Johnson asked Mr Raab to deputise for him.

Mr Raab was appointed as foreign minister in Mr Johnson's first cabinet after the prime minister took office in July 2019.

British Prime Minister in hospital in what is a very critical week in the wider battle against the coronavirus. @seanwhelanRTE reports https://t.co/Qb9XkOccsk pic.twitter.com/DNPHCaVmfM

Asked at a news conference earlier today whether he had been in touch with Mr Johnson today by either text or by telephone, Mr Raab said he had last spoken to the prime minister on Saturday.

The virus had already penetrated the British government.

The British government was criticised for initially refusing to follow other European countries in requiring people to stay home as the virus spread. On Monday 23 March, Mr Johnson ordered a nationwide lockdown.

On behalf of the Northern Ireland Executive, I send our best wishes to the Prime Minister @BorisJohnson
Praying for a full and speedy recovery.

US President Donald Trump said he was "hopeful and sure" Mr Johnson would recover, calling the prime minister "a friend of mine" and a "great leader".

Chief EU Brexit negotiator Michel Barnier said: "Wishing Boris Johnson all the best and a speedy recovery. My thoughts are with you and your family."

Tánaiste Simon Coveney tweeted: "Everyone in Ireland is tonight wishing Boris Johnson well. This is a difficult time for the UK and it's Govt. We in Ireland wish the PM a speedy recovery."

Among other world leaders expressing good wishes was French President Emmanuel Macron, saying: "All my support for Boris Johnson, his family and the British people at this difficult time."

Everyone in Ireland is tonight wishing @BorisJohnson well. This is a difficult time for the UK and it's Govt. We in #Ireland wish the PM a speedy recovery. 🇮🇪 🇬🇧

Former British Prime Minister David Cameron tweeted: "Thinking of Boris Johnson and his family tonight. Get well soon. You are in great hands and we all want you safe, well and back in 10 Downing Street."

Britain's newly elected Labour leader Keir Starmer led messages of support from all the major UK party leaders, saying "all the country's thoughts are with the Prime Minister and his family during this incredibly difficult time".

The mayor of London, Sadiq Khan, added his wishes for a "swift" return to health. 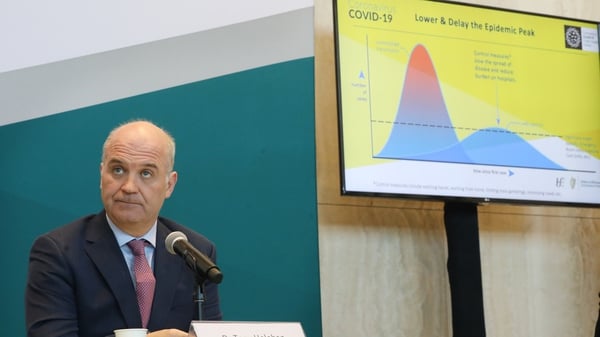