The Health Service Executive and two laboratories have lost a Supreme Court appeal against a High Court award of €2.1 million to Limerick woman Ruth Morrissey over the misreading of her cervical smear tests.

The Supreme Court found that the High Court was correct to apply a standard for screening which says screeners should have no doubt that a sample is adequate and should not contain any suspicious material before passing it as clear.

This was a key issue in the case after the High Court ruled that screeners should have "absolute confidence" before passing a sample as clear.

In a hearing last December, lawyers for the HSE and two laboratories said they took the appeal to the Supreme Court to get legal clarity.

They argued the finding by the High Court in July 2019 that individual screeners must have absolute confidence before passing a test as negative had far reaching consequences.

They said it could affect cancer screening services and medical diagnoses generally as well as the work of the Cervical Check Tribunal.

Lawyers for Ms Morrissey had argued the High Court decision had not introduced any new legal test and there had been no change in the legal standard.

They said the court had taken an established legal standard known as the Dunne test and applied it to a practical reality involving a cytoscreener. They disagreed that other areas of medical care would be affected by the judgment.

The State has guaranteed the award of €2.1m to the Morrisseys, regardless of the outcome of the judgment.

The Supreme Court also ruled the HSE had a duty to those using the CervicalCheck screening programme.

In the ruling, the Chief Justice said the term "absolute confidence" may have created more confusion than clarity.

However Mr Justice Frank Clarke said that all of the relevant witnesses agreed that a screener should not give a clear result in respect of a slide, unless they had no doubt that the sample was adequate and did not contain any suspicious material.

He said this was not a standard imposed by the court but one which stemmed from the profession itself. The High Court applied the appropriate standard in reaching its conclusions, he said.

In the circumstances of this case, Mr Justice Clarke said the question came down to establishing what the approach of relevant professionals to screening should be and whether it had been demonstrated that the actions of any of the screeners in this case had fallen below the reasonable standard they could be expected to have applied.

He said there was evidence that the standard applied by relevant professionals in the UK was one of "absolute confidence".

The judge said some of the more extreme comments and "doomsday" predictions following the High Court judgment in this case were hard to reconcile with the fact that the same standard was applied in the UK and specifically in Northern Ireland without the screening systems in those countries, becoming unworkable.

The Chief Justice said there may have been some quibbling on the part of the defendants' witnesses about whether the term "absolute" was appropriate, but he said all witnesses agreed that any doubt about what was seen on a slide being normal, must not allow it to be reported as clear.

He said it was the experts, not the court, who identified the standard expected of a normally competent screener as being one which prevents a clear result being given in a case of doubt. 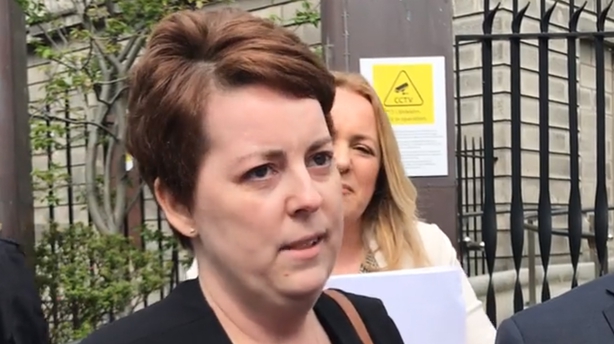 Mr Justice Clarke said the High Court judge accepted it was possible for competent screeners applying an appropriate standard to come to different views about whether there was a doubt.

He said the High Court judge found that one of the laboratories was not negligent in relation to one aspect of reading a slide.

The Chief Justice said this showed the suggestion the judge was applying the "absolute confidence" test in a way that meant every error must result in a finding of negligence was demonstrably wrong.

This, he said, would be clearly seen by anyone who had taken the trouble to read the High Court judgment.
Each case would depend on its own facts.

Even screening processes operating the very highest standards can give rise to different results by competent screeners and a retrospective review of the process after a diagnosis could also give different results, the judge said.

The Chief Justice said the High Court judge was incorrect to hold that the HSE was vicariously liable for the negligent acts of the laboratories. But having analysed the law, he said, the HSE in the circumstances of this case, had a "non-delegable duty" in respect of patients availing of CervicalCheck.

The court dismissed the HSE's appeal that it should not have any liability in relation to negligence established against the laboratories.

The court upheld part of the appeal by MedLab relating to compensation Ms Morrissey was diagnosed with cervical cancer in 2014.

She was not told until May 2018 that a review carried out in 2014, showed smears taken under the CervicalCheck screening programme in 2009 and 2012 had been reported incorrectly.

Her cancer returned in 2018 and she now faces a terminal diagnosis. She and her husband were awarded €2.1m in damages by the High Court.

In light of the coronavirus outbreak, the Courts Service arranged for the judgment to be delivered by just one judge sitting in court and copies made available by email and published on its website.

Ms Morrissey and her husband, Paul, were not in court this morning. She is understood to be very ill at the moment.

Her solicitor Cian O'Carroll said she and her husband were relieved it was over. It had been a very long 18 months, Mr O'Carroll said.

He said the judgment was a vindication for Ms Morrissey and all those affected by the cervical check scandal.

Mr O'Carroll also said the judgment identified a gap in legislation to allow for compensation to pay for the care of a parent to be "replaced". It was important this lacuna was dealt with as quickly as possible as there were other cases pending as well as the Cervical Check Tribunal.

The 221+ patient support group welcomed the judgment and said it brought a clarity it hoped would assist in expediting a just conclusion for all concerned whether through the tribunal or the courts.