The city of Venice is enjoying crystal clear waters in its world-famous canals due to a lack of debris from tourists and near-zero boat traffic under Italy's ongoing coronavirus lockdown.

The clear waters are a tiny bright spot in the beleaguered but beautiful city, whose economy has been virtually wiped out since tourists fled the area beginning last month, spooked by the spread of coronavirus in the country's north.

Since 9 March, the city like the rest of Italy has been a so-called "red zone," with hotels, restaurants, cafés and most businesses closed, and residents ordered to stay inside and avoid travel.

That has had a drastic effect on Venice's normally polluted waters, where speedboats churn up mud, and discarded plastic and other garbage from tourists float in its canals. 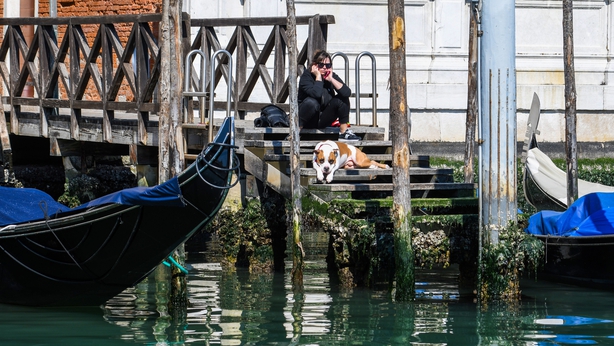 Images of the welcome change were first posted on a Facebook group "Venezia Pulita (Clean Venice)".

Residents shared photos of tiny fish swimming in usually opaque waters and cormorant, egrets and other birds enjoying the lack of boat traffic in the city's canals.

"Stay at home - and nature thanks you," commented one Italian woman, Monica La Rosa, on the site.

Today, only an occasional police or ambulance speedboat was seen in the nearly empty city, as lines of docked gondolas protected by blue covers bobbed under sunny skies. The flight of tourists, more than 5m of whom visited Venice in 2018, has shut down commerce within the city already reeling from disastrous flooding in November.

The "acqua alta," or high waters, submerged major low-lying areas of the city, including St Mark's Square, in up to 1.87 metres of water, the highest level since 1966.

Venice is located in the Veneto region, which has the third highest cases of infections from coronavirus, at 3,214, and the fourth most cases of deaths, at 94. 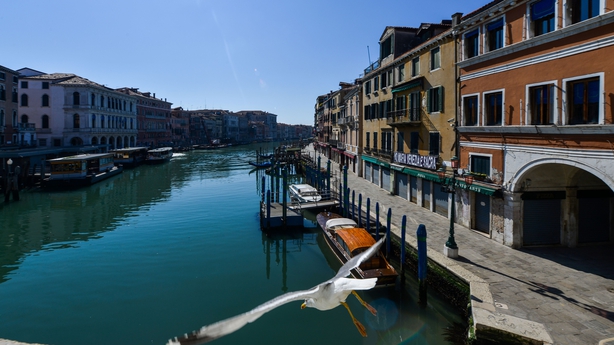 In Lombardy, Veneto's neighbour to the west that has been the hardest hit by the virus, 17,713 people have been infected and 1,959 people have died.