Dublin Airport has said passenger numbers are down by up to 60%.

Most flights are now catering for people returning home, including travellers from continental Europe.

Irish holidaymakers who are currently in Spain, or the Balearic or Canary Islands, are being advised to travel home by midnight on Thursday.

Cancelled flights have left a number of Irish tourists stranded on the Canary islands.

Airlines around the world will make drastic cuts to their flying schedules, shed jobs and seek government aid after countries further tightened border restrictions because of the fast-spreading coronavirus.

Ryanair has said it plans to ground the majority of its fleet across Europe over the next seven to ten days.

It said it will have to make significant reductions to working hours and payments.

IAG, the owner of Aer Lingus and British Airways, said it would cut its flying capacity by at least 75% in April and May.

IAG revealed that outgoing boss Willie Walsh would defer his retirement in its fight to survive the coronavirus outbreak. The airline group, however, did not call for government help.

Air France KLM said it was stepping up cost-saving measures to deal with the impact.

The Franco-Dutch airline said it had identified new measures which would generate €200m in savings in 2020, and ways to cut its capital expenditure by €350 million.

Air France KLM said it would gradually cut back its flights over the next few days, with the number of available seat kilometres (ASK) potentially falling by 70% to 90%.

As a result of the cut in capacity, Air France will ground its entire Airbus 380 fleet and KLM will halt its entire Boeing 747 fleet.

The British government said it would discuss how to protect the airline industry from the coronavirus pandemic after easyJet joined Virgin Atlantic in calling for government help as people across the world stop travelling.

"European aviation faces a precarious future and it is clear that coordinated government backing will be required to ensure the industry survives and is able to continue to operate when the crisis is over," said easyJet's CEO Johan Lundgren.

Germany's Tui AG and Scandinavian carrier SAS said they would suspend the vast majority of operations due to the COVID-19 outbreak and apply for government support.

Finnair issued its second profit warning in three weeks, saying it would report a substantial comparable operating loss for 2020 as it was cutting around 90%of its normal capacity from the beginning of April.

Air New Zealand said job losses would be necessary as it cut long-haul capacity by 85% over the coming months. 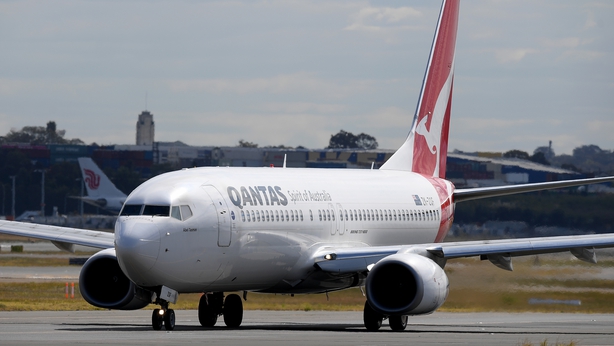 Qantas Airways Ltd said it would be making fresh cuts to its flying schedule beyond the 25% reduction in international capacity announced last week due to the new travel restrictions.

In America, United Airlines booked $1.5bn less revenue in March compared to the same time last year and warned employees that planes could be flying nearly empty into the summer, even after severe flight cuts.

United said it would cut corporate officers' salaries by 50% and reduce flight capacity by about 50% in April and May, with deep capacity cuts also expected into the summer travel period.

"This crisis is moving really quickly," United chief executive Oscar Munoz and President Scott Kirby said in a memo to employees on Sunday.

"We call on Congress and the White House to take all measures available to protect the health and payroll of American workers," said Sara Nelson, president of the Association of Flight Attendants-CWA, which represents 50,000 US flight attendants.

CAPA Centre for Aviation, an airline consulting firm, predicted that most airlines could be bankrupt by the end of May without coordinated government and industry action to avoid such a catastrophe.

"Demand is drying up in ways that are completely unprecedented," CAPA said in a report. "Normality is not yet on the horizon."