Two Belfast women have become the first same-sex partners to get married in Northern Ireland.

They exchanged vows in a ceremony at the Loughshore Hotel.

"We didn't expect to be the first couple, it's coincidental," said Ms Edwards. "Today is our six-year anniversary so we wanted to go ahead with a civil partnership but when the bill was passed, it was perfect timing.

"It was a happy coincidence, we couldn't be more grateful."

Asked how it felt to have the eyes of the world on them, Ms Edwards said: "It's completely surreal. We are literally living the dream, it's incredible."

Ms Peoples added: "We fought so long and hard for this opportunity to be seen as equal and now we are here and it's just amazing."

After the ceremony Steve Payea, a cousin of Sharni Edwards, said it was a lovely ceremony and they both looked "truly beautiful".

Same-sex marriage in Northern Ireland was eventually legalised as a result of a law passed last year by Westminster MPs who voted on the controversial issue during the power-sharing impasse at Stormont.

Ahead of her wedding, Ms Peoples said the couple were sending a message to the world that "we are equal".

"Our love is personal, but the law which said we couldn't marry was political," she said.

"While this campaign ends with Sharni and I saying 'I do', it started with people saying 'No' to inequality. By standing together, we've made history." 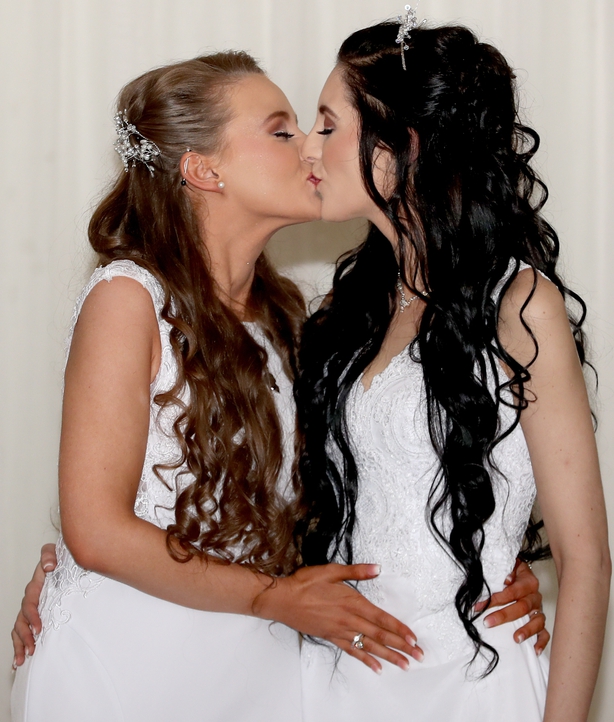 Ms Edwards said she did not even know the law was different in Northern Ireland until she moved to Belfast from England.

She added: "We feel humbled that our wedding is a landmark moment for equal rights in Northern Ireland. We didn't set out to make history, we just fell in love.

"We are so grateful to the thousands of people who marched for our freedoms, to the Love Equality campaign who led the way, and the politicians who voted to change the law."

Sara Canning, partner of Lyra McKee, the journalist who was killed in Derry last April, will join activists, MPs and campaigners from Amnesty International and the Love Equality campaign at a UK parliamentary event later this evening to celebrate the law change.

"What a wonderful moment in our history," she said.

"This really means so much and has brought me some much-needed light in what has been a dark year," Ms Canning said.

"I know Lyra would have been so overjoyed to see this day. She was a strong advocate for equal marriage and we both took part in the marches organised by the Love Equality campaign.

"People in Northern Ireland have had to fight longer, harder and overcome more obstacles to win equal marriage than anywhere else in the UK or Ireland. We are proud of the LGBT community here and the thousands who marched alongside them to ensure this day became a reality.

"In winning this campaign, we haven't just changed the law, we've changed Northern Ireland for the better."

Gavin Boyd, the Policy Manager at the Rainbow Project in Belfast, described today as a "hugely symbolic step forward for Northern Ireland".

Mr Boyd went on to say that after so many years "and so many rallies and steps along the way" it was "amazing" to see the first wedding take place in Northern Ireland.

He described it as a "thrilling sense of achievement" but added that there are still many people who need the campaign to continue.

"We still need to see regulations introduced that will allow people in civil partnerships to convert those to marriages", Mr Boyd said. "And we still need regulations to allow religious celebrants who want to conduct same-sex marriages to be allowed to do so".

Mr Boyd said they will hold the Northern Ireland office and the government’s equality office to their commitment to introduce such regulations by the end of the year.

Same-sex marriage has been legal in Northern Ireland as and from Monday, 10 February. 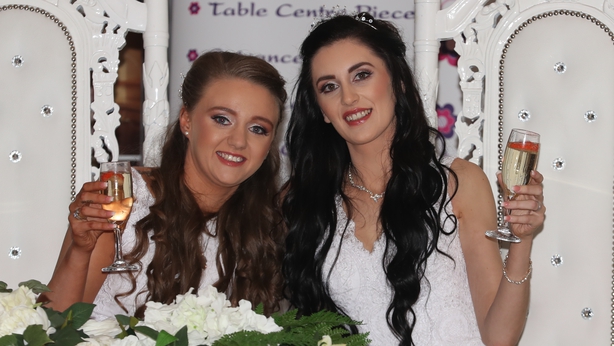