US President Donald Trump confirmed that the US had killed the leader of al-Qaeda in the Arabian Peninsula - days after the jihadist group claimed responsibility for a mass shooting at a US naval base.

The US "conducted a counter-terrorism operation in Yemen that successfully eliminated Qassim al-Rimi, a founder and the leader of al-Qaeda in the Arabian Peninsula (AQAP)," Mr Trump said in a White House statement.

AQAP claimed responsibility on Sunday for a 6 December shooting at US Naval Air Station Pensacola in Florida, in which a Saudi Air Force officer killed three US sailors.

The US considers AQAP to be the worldwide jihadist network's most dangerous branch.

The Sunni extremist group has thrived in the chaos of years of civil war between Yemen's Saudi-backed government and Shiite rebels who control the capital.

"Under Rimi, AQAP committed unconscionable violence against civilians in Yemen and sought to conduct and inspire numerous attacks against the United States and our forces," Mr Trump said.

"His death further degrades AQAP and the global Al-Qaeda movement, and it brings us closer to eliminating the threats these groups pose to our national security."

Mr Trump did not give any details about the circumstances or the timing of the operation. 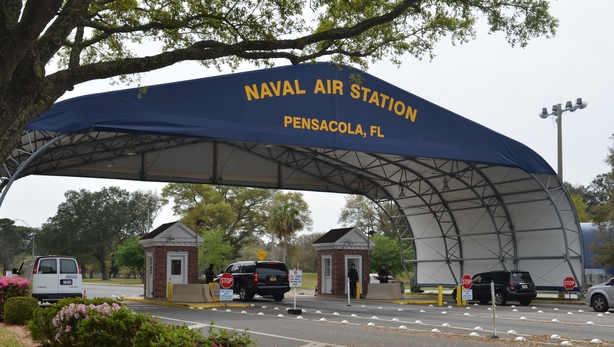 In the Pensacola attack, eight people were wounded, including two responding sheriff's deputies, before police shot dead the assailant.

The FBI formally identified the attacker as Mohammed Alshamrani, 21, a second lieutenant in the Royal Saudi Air Force who was training in the US.

The SITE monitoring group said he had posted a short manifesto on Twitter prior to the attack that read: "I'm against evil, and America as a whole has turned into a nation of evil.

"I hate you because every day you (are) supporting, funding and committing crimes not only against Muslims but also humanity."

The Twitter account that posted the manifesto also condemned US support for Israel and included a quote from al-Qaeda's deceased leader Osama bin Laden.

Saudi Arabia's King Salman was quick to denounce the shooting as a "heinous crime" and said the gunman "does not represent the Saudi people."

Around 850 Saudis are among the 5,000 foreign military personnel being trained in the United States.