China alerts the World Health Organization (WHO) to several cases of pneumonia in Wuhan, a port city of 11 million people in Hubei province. The virus is unknown.

Several of the ill worked at the city's Huanan Seafood Wholesale Market, which is shut down on 1 January.

As experts work on identifying the virus, the number of infections exceeds 40. 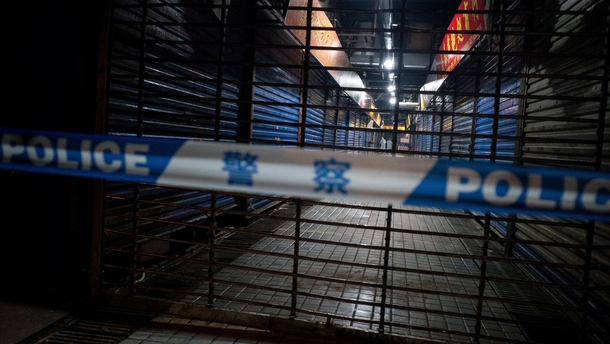 Chinese officials rule out the SARS virus - an illness that originated in China and killed more than 770 people worldwide over 2002-2003.

Image shows people being taken into quarantine in China in 2003 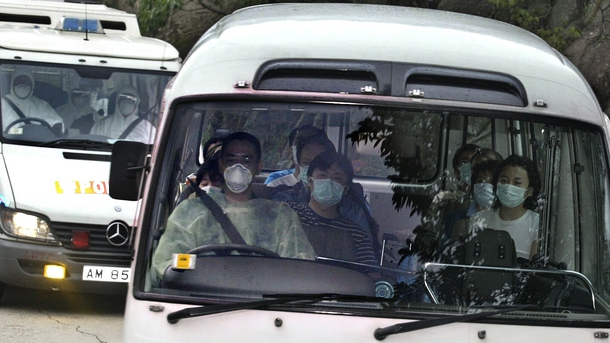 Chinese officials announce that they have identified a new virus.

It is from the coronavirus family, which includes SARS and the common cold, and is named 2019-nCoV. 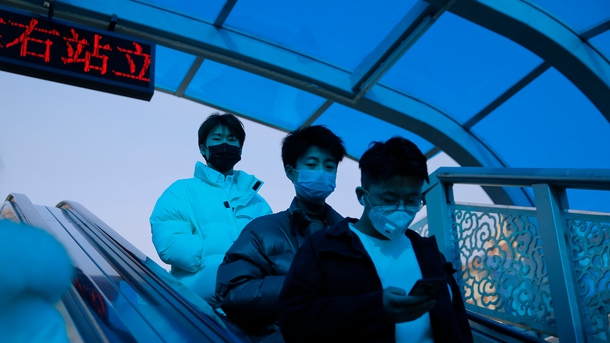 China announces its first death, that of a 61-year-old man who had purchased goods from the Wuhan market. The WHO reports a case in Thailand, the first outside of China, of a woman who had arrived from Wuhan.

On 16 January, Japan's health ministry reports a confirmed case of a man who had also visited the city.

The following day, as a second death is reported in Wuhan, US health authorities announce the start of screening at three airports of passengers arriving from the city. 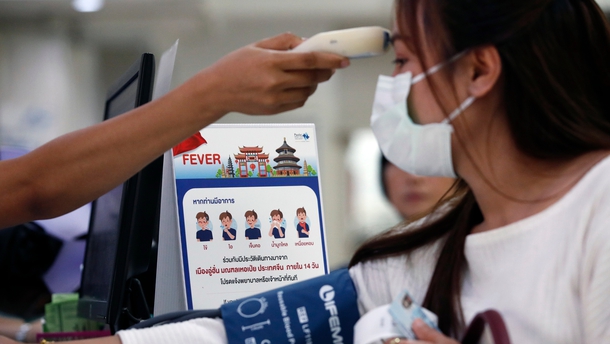 China reports a third death and more than 200 infections, with cases also reported outside Hubei province including in Beijing, Shanghai and Shenzhen.

The United States announces the first infection on American soil on 21 January. 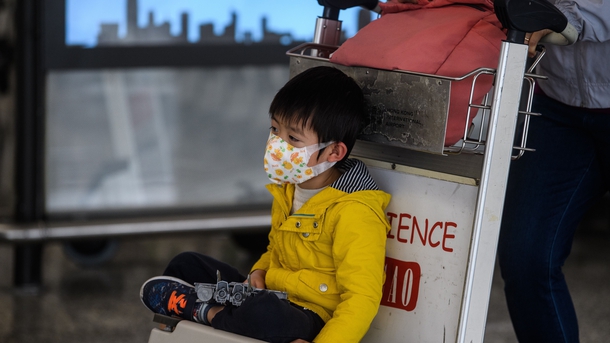 The death toll in China jumps to 17 with more than 550 infections.

Airports around the world step up checks on flights from Wuhan. 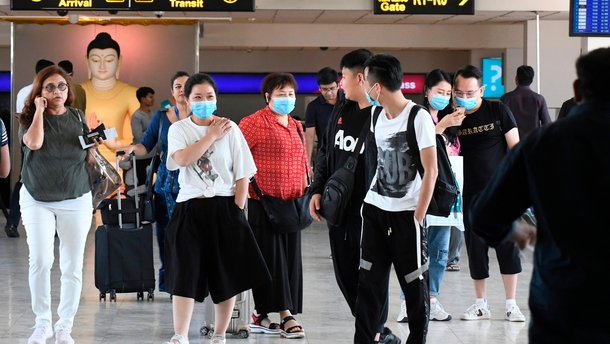 The city is placed under effective quarantine as air and rail departures are suspended.

The same measures are announced for two more cities in Hubei province, Xiantao and Chibi. Cases are confirmed in Singapore and Vietnam.

Beijing cancels events for the Lunar New Year starting 25 January, while officials report the first death outside of Hubei.

The WHO says the outbreak does not yet constitute a global emergency and there is "no evidence" at the moment of the virus spreading between humans outside of China.

Tests were carried out on a patient at the Royal Victoria Hospital in Belfast who showed symptoms that may or may not be associated with the condition. 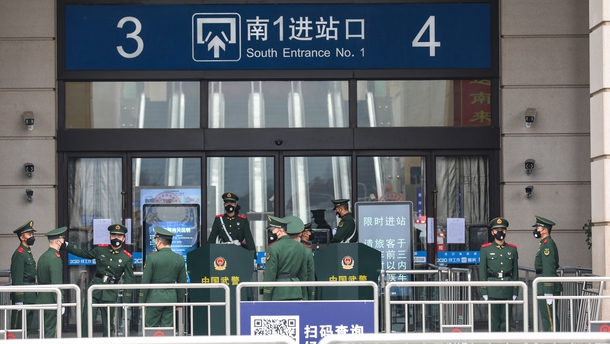 The death toll in China stands at 26, with the government reporting more than 830 infections.

The number of cities under shutdown in Hubei rises to 13, affecting 41 million people.

Shanghai Disneyland shuts down and some cities announce the closure of entertainment venues.

Beijing says a section of the Great Wall and other famous landmarks will also be closed. 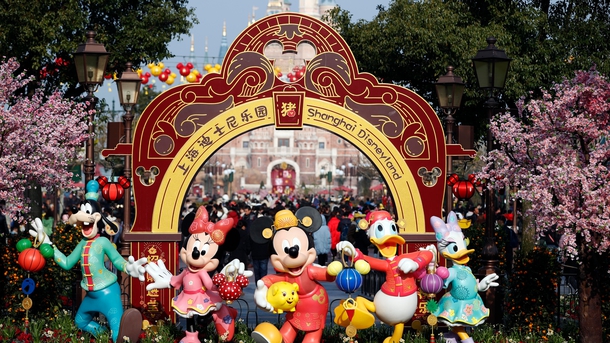