Three minors were wounded in a stabbing in the main shopping street in The Hague as people hunted bargains on Black Friday, police said.

Police said they were still hunting a male suspect following the attack, which happened in a department store in the centre of the city.

Dutch media said police were still keeping an open mind about the incident, which came hours after two people were stabbed to death in a terror-related attack in London.

"All three victims of the stabbing incident in Grote Marktstraat are minors. We are in contact with their families," The Hague police said on Twitter. The police did not give their ages.

"We are still looking for the perpetrator," they said, adding that they were conducting "extensive investigations."

"We are currently taking all scenarios into account," a Dutch police spokeswoman was quoted as saying by the ANP news agency. 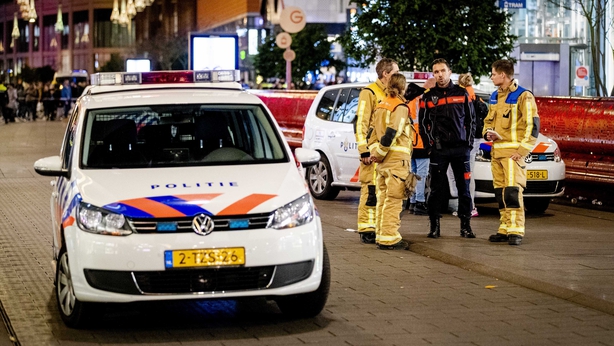 The stabbing happened at the Hudson's Bay department store in Grote Marktstraat, the biggest shopping area in The Hague, which is lined with major retailers and brands.

Social media images showed shoppers running in panic away from the scene, on a night time retail street lit by Christmas fairy lights.

Police said they were looking for a "slightly dark-skinned man" with curly hair aged between 40 and 50 wearing a black top, scarf and grey jogging bottoms.

Members of the public gathered behind a police cordon on the street, an AFP correspondent at the scene said.

The stabbing was also not far from parliament in The Hague, which is the seat of government for the Netherlands and home to many international organisations.

The US embassy warned its nationals in The Hague to avoid the area because of "reports of a security incident" and told them to let loved ones know they were safe.