An inquest into the deaths of three friends who drowned in a boating tragedy in Co Kerry last year has returned a verdict of accidental death in all three cases.

57-year-old Anatolijs Teivans, Jurijs Burcevs, who was 30, and 37-year-old Valerijs Klimentjvs - all originally from Latvia - died when their boat was hit by a wave and sank as they were returning to Coonanna Harbour, near Cahirsiveen, after a day's fishing on 30 September 2018.

The South Kerry Coroner's Court was told that the alarm was raised by locals at around 6pm that Sunday evening, when the men's boat was spotted submerged in the water.

Noreen O'Neill told the court in Killarney that she had been swimming in the harbour that morning and met the three before they headed off fishing.

She did not know them but told them to have a good day, and wished them good fishing.

Michael O'Sullivan said he saw a small boat low in the water heading out to sea at around 8.30am that morning and remembered thinking the weather conditions were not favourable for a boat that size.

He told Coroner Aisling Quilter that it was in his head all day about the weather, and the choppy water.

At around 5.30pm that evening his brother John - who had gone fishing from the pier - rang to say he had seen the bow of a boat in the water and to ring the emergency services.

The Valentia lifeboat, the Iveragh Coastguard unit, and the Irish Coast Guard rescue helicopter 115 from Shannon were all tasked to the scene.

The body of one of the men was recovered close to the pier, while the two others were recovered a short time later near their submerged boat.

The power boat itself was brought ashore the following day. 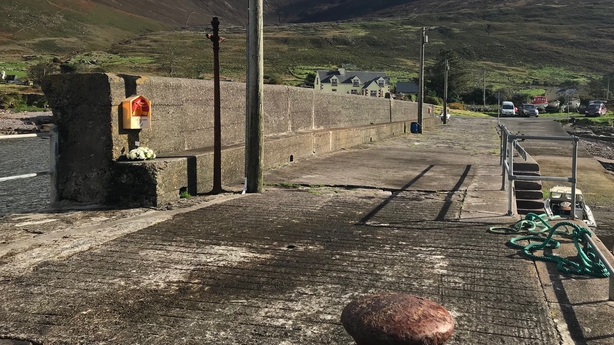 Valerijs Klimentjvs' wife, Inga Peremitina, told the court that she had spoken with her husband at around 11am that morning.

He told her that they were intending to come ashore because of the "big waves" and that he would ring when he got in.

She tried ringing him again at 2.30pm but got no reply - at 8pm the gardai called to their home and told her of his death.

She told the Coroner that her husband went fishing regularly to Dingle, but this was his first time in Coonanna and his first time on this power boat.

Ms Quilter referred to a report by the Marine Casualty Investigation Board published in September, which concluded that the 4.9 metre speedboat was not suitable for the conditions and the voyage on the day.

Heavily laden with two engines, fishing equipment and the men, it was swamped by a wave as it was entering Coonanna Harbour and sank.

Without a VHS radio or flares, the men could not raise the alarm and died after being in the water for a prolonged period of time.

While the men were wearing buoyancy aids, the MCIB concluded these would have provided limited support, and the consumption of alcohol by Mr Teivans and Mr Burcevs more than likely resulted in a diminished ability to cope when the boat was swamped.

The MCIB issued two recommendations - that all owners and users of vessels must comply with the Code of Practice for the Safe Operation of Recreational Craft, and with the prohibition on the consumption of alcohol at sea.

The Coroner said the cause of death was acute cardio respiratory failure due to drowning, and returned a verdict of accidental death in all three cases.

She extended her deepest condolences to the families of the three men who were in court for the inquests.