Spain's Socialists face tough talks to form a government after the party emerged on top but weakened from a repeat election.

The poll produced an even more divided parliament and propelled far-right Vox into third place.

Neither the left nor the right bloc are anywhere near an absolute majority in the 350-seat assembly following Sunday's polls, prolonging a political deadlock in the eurozone's fourth largest economy after a similar result in the previous general election in April.

The "elections did not solve the difficulties in achieving a governing majority. On the contrary, (they) worsened them," top-selling daily newspaper El Pais wrote in an editorial.

Prime Minister Pedro Sanchez triggered the repeat polls - Spain's fourth in four years - after his Socialists failed to reach an agreement with other parties to forge a parliamentary majority in April.

But his gamble resulted in the party winning just 120 parliamentary seats - three fewer than in April - while the far-left Podemos party slumped to 35 seats from 42 the last time around.

Podemos leader Pablo Iglesias urged the left to unite this time and said he was willing to start negotiating with Sanchez. However, their two parties together would still need the support of several smaller parties to build a working majority of 176 seats in parliament.

The main opposition conservative Popular Party (PP) recovered from its worst ever showing in April, finishing second with 88 seats, up from 66, while Vox was the biggest winner.

It won 52 seats - more than doubling the 24 it took during its April parliamentary debut in the most significant showing by a far-right faction since Spain's return to democracy following dictator Francisco Franco's death in 1975. 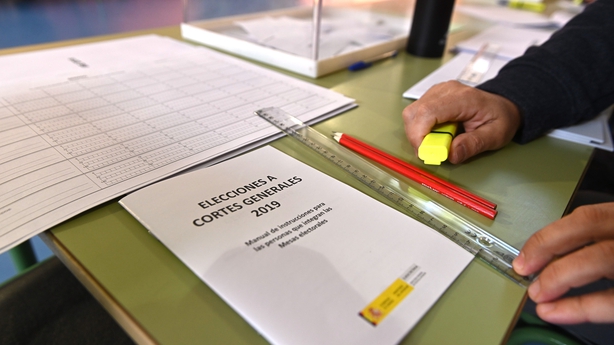 The deepening Catalan separatist crisis played squarely into the hands of the far right, which has vowed to clamp down aggressively on Catalonia's independence drive.

Catalonia was rocked by days of mass, sometimes violent, pro-independence rallies after Spain's Supreme Court  sentenced nine politicians and activists to jail for up to 13 years for their role in a failed secession bid in 2017. 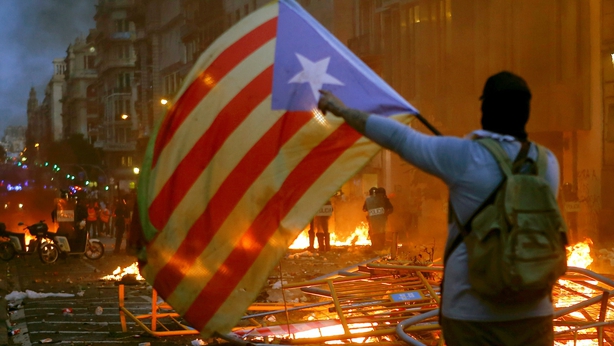 "My hypothesis is it will be practically impossible to form a government in Spain... It will be harder than in the past," said Joan Botella, a political science professor at the Autonomous University of Barcelona (AUB).

Business-friendly Ciudadanos, which had been another option as a governing partner for the Socialists, suffered a drubbing, winning just 10 seats, down from 57.

On Monday, Ciudadanos leader Albert Rivera resigned, saying it was "the responsible thing to do".

The Socialist have hinted they would like to govern in a minority and have appealed for "generosity" and a "sense of responsibility" to allow it to do so.

"We ask for a change in criteria from everyone, of generosity in the interests of this country," Deputy Prime Minister Carmen Calvo said in an interview with public television.

The Socialist Party is already pressuring the PP to abstain from voting during a confidence vote in parliament to allow it to form a government.

But Eurasia analyst Frederic Santini said that given the improved performance of the right bloc, the "PP's leadership will now likely be more comfortable with the idea of a new election...and therefore even more reluctant to back a Socialist government."

Spain has been mired in political paralysis for four years since Podemos and Ciudadanos entered parliament following a December 2015 election that shattered the decades-long hegemony of the Socialists and the PP.