A wind-driven wildfire roared across a swath of northern California, prompting the evacuation of 50,000 including the entire town of Geyserville, where about a dozen homes were destroyed.

The Kincade fire in a rural area of Sonoma County kicked up Wednesday night, quickly growing from a blaze of a few hundred acres into an uncontained 10,000-acre inferno, California fire and law enforcement officials said.

About 500 responders backed by air tankers and helicopters battled the blaze fed by wind gusts topping 113 km per hour.

Mandatory evacuation orders were issued for the community of Geyserville and nearby vineyards after the fire, which started in a mountainous area, quickly spread, crossing a highway and moving toward homes, the Sonoma County Sheriff's Office said.

"If you're in Geyserville, leave now," the sheriff's office advised, citing an extraordinary threat to life and property.

Winds out of the north were driving the fire south as firefighters worked through the night to evacuate residents and protect structures. 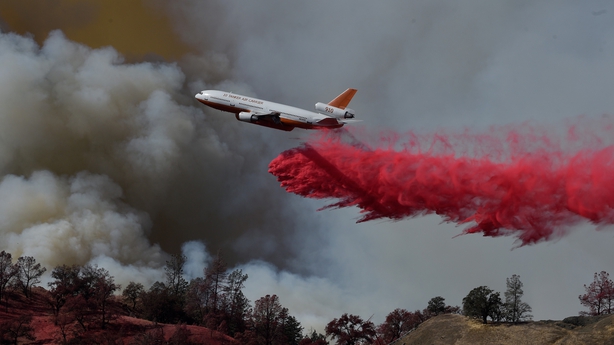 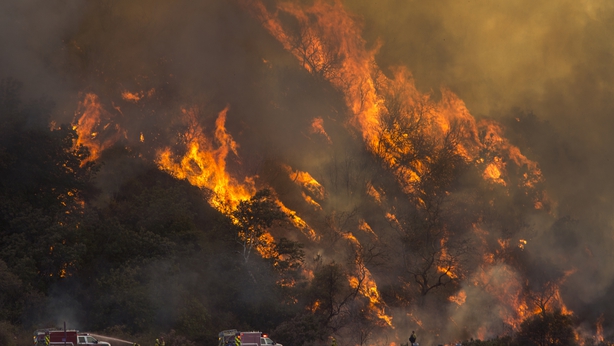 By midday, the fire was zero percent contained and several structures had burned, fire officials said.

The fire, 120km north of San Francisco, came amid official warnings that much of northern California and parts of the south were under imminent threat of fires into Friday because of blustery, dry weather and high temperatures.

Power was cut to 180,000 customers in the northern part of the state yesterday and similar preemptive shutoffs affected thousands of customers further south because of conditions that are ripe for wildfires.

Power companies warned that additional power cuts could be ordered to reduce the risk of accidental fires.

The strong winds in the north were expected to subside today but are forecast to pick up again on Sunday, the National Weather Service warned. 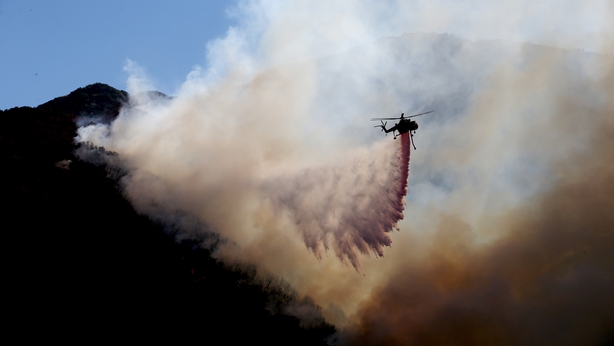 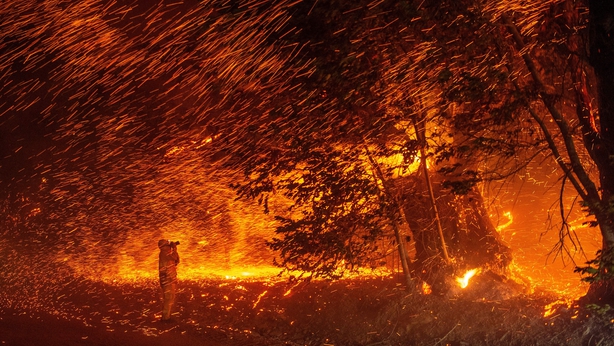 Many residents of Geyerville who fled said they barely had time to gather their belongings as the monster fire quickly approached the town, with embers igniting fires throughout the region.

"We thought we were a couple of miles from the fire," Dwight Monson, 68, told the Los Angeles Times. "But guess what-the winds."

He said by the time his family got in their cars and escaped to the valley below, the flames were on the edge of their ranch.

In southern California, several wildfires were burning in the Los Angeles area yesterday, and there was at least one fire near Camp Pendleton, in San Diego County. A fire in San Bernardino County, about 60 miles east of Los Angeles, prompted evacuation orders as it grew to about 100 acres.

The San Bernardino County Fire Department said the blaze had the potential to spread widely.

This week's fires have erupted as the state is still recovering from deadly wildfires in 2017 and 2018 that killed more than 100 people.

The fires have been fueled by years of drought and dry vegetation as well as high winds.

"This is an emotional time for many people," Sonoma County Sheriff Mark Essick told a news conference yesterday.

"It's only been two years since the fires that devastated our community. For many this will be a very stressful and anxious time." 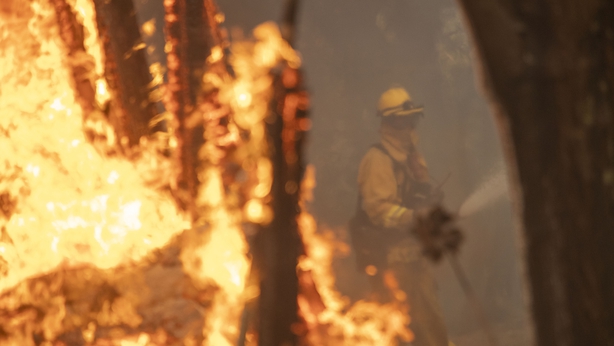