Wildfires raging across southern California have abated with evacuation orders lifted after 100,000 people were forced to flee their homes.

A fire that had burned rapidly through the San Fernando Valley in greater Los Angeles was the strongest of several across southern California.

By yesterday, it had consumed 8,000 acres around 32km north of downtown Los Angeles.

The Los Angeles Fire Department said the fire was 19% contained after "aggressive" overnight air operations in support of ground crews, up from 13% a day earlier.

All residents were allowed to return to their homes on Saturday as cooler temperatures and lighter winds improved the outlook.

"We are prepared for any flare-ups as they occur," Los Angeles fire captain Branden Silverman told local media. 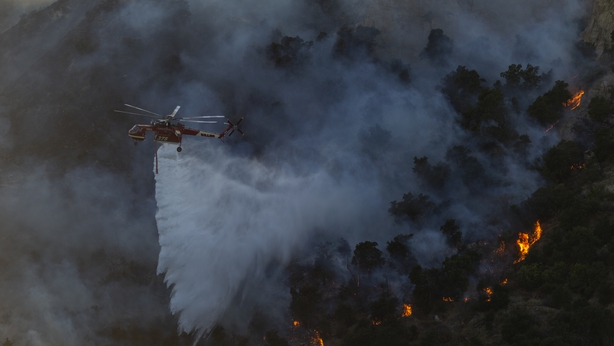 One man in his 50s died of a heart attack as he struggled to save his home, fire officials said.

All mandatory evacuation orders were lifted over the course of the day, Mayor Eric Garcetti said.

"My heart goes out to those who have been impacted," he said in a statement.

"I am deeply grateful to the firefighters and first responders ... These brave women and men saved lives — and if not for their quick action, we know the destruction would have been much worse."

Two firefighters suffered minor injuries, the LAFD said, and 31 structures have been either damaged or destroyed.

The cause of the blaze is under investigation.

Part of Los Angeles County was blanketed with smoke from the fire, prompting an advisory from air quality officials about unhealthy conditions.

The fire broke out Thursday night and quickly grew out of control in the city of Sylmar, driven by low humidity and gusts known as the Santa Ana winds. 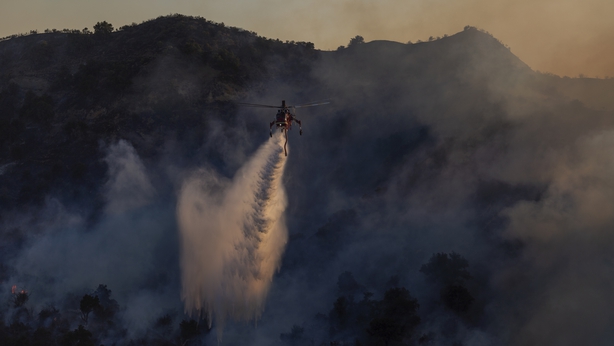 About 1,000 firefighters, backed by water-dropping helicopters and planes releasing fire retardants, fought the blaze that forced the shutdown of several major highways.

The metro line in the area was also closed as were schools and businesses.

Some 200 firefighters battled several other blazes in Riverside County, east of Los Angeles, including one that tore through a trailer park and was started by burning trash.

That blaze destroyed 76 homes and buildings and killed an 89-year-old woman who was unable to escape the flames.

Authorities ordered the evacuation of several hundred homes in the area.

The wildfires in the south of California erupted as the state's largest utility, Pacific Gas & Electric (PG&E), implemented rolling power blackouts that affected some two million people in northern California.

The shutoffs were designed to reduce the threat of wildfire that can be sparked by lines downed in heavy winds.

Last November, PG&E's faulty power lines were determined to have sparked the deadliest wildfire in the state's modern history, which killed 86 and destroyed the town of Paradise.