The chairman of the Oireachtas Sports Committee has said he is concerned about the timing of a deal that was struck between the FAI and John Delaney, just eight days ahead of the publication of a forensic audit report into the organisation.

Fergus O'Dowd said the audit is about the FAI's fitness to handle public finances, and people are concerned about the future of the association.

Speaking on RTÉ’s Morning Ireland, he said that it was better that the former chief executive has left the organisation, but that there were still questions to be answered.

He said the organisation needed to have total credibility, and so it was better that Mr Delaney was gone.

He said that it was the wrong time for the deal to be done. 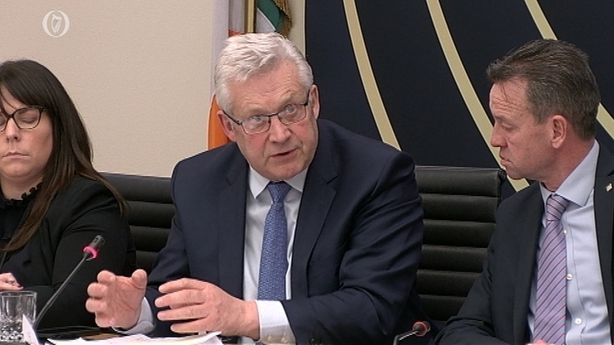 Mr O’Dowd said he supported the Minister for Sport Shane Ross’ call for the terms of any exit package to be made public.

He also said the FAI will make details of the deal public in November, but we would not find out until then whether "Santa Claus has come for John Delaney".

Mr O’Dowd said that we "need to move it on" and for the money to start going back to the young people and supporters.

He said the current board of the FAI needs "to be gone".

Mr O'Dowd said he would be asking the FAI to appear again before the Oireachtas Committee on Sport, and said they would hold the organisation to account as well as they can.

He said he does not believe the resignation of Mr Delaney gives the organisation a chance for a fresh start, and said until the audit is made public, we will not know what exactly needs to happen. 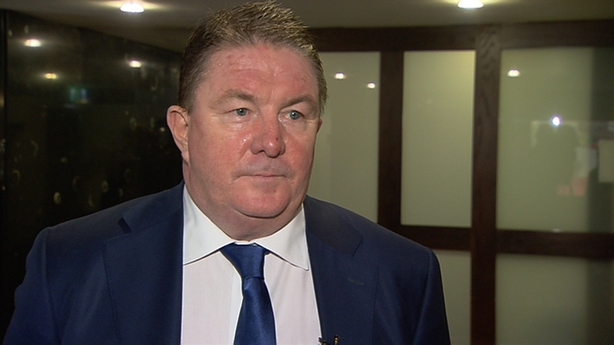 Former CEO of the FAI Fran Rooney echoed Mr O'Dowd in saying the organisation still has a lot of questions to answer.

Speaking on the same programme, Mr Rooney said he would like the full details of the deal reached with Mr Delaney to be made public.

Mr Rooney said the handling of the controversy and the deal "smacks of the old FAI with bad corporate governance and lack of transparency".

The FAI, he said, is in a sense a public company that relies on taxpayer money and Government funding, and because of the scale of the scandal and all the issues involved, neither Mr Delaney nor the FAI should be allowed to hide behind employee confidentiality.

Mr Rooney said there needs to be a root-and-branch reform of the FAI, and a new approach and regime is needed in order to bring the organisation forward.

He added the handling of the announcement on Saturday evening has proven that the FAI has fallen at the first fence.

Mr Rooney said Mr Delaney will no longer be able to be a member of UEFA's executive committee, which will be a loss for the FAI.

He said a new individual must step up and seek to obtain that executive vice-president role.

Former FAI General Secretary Brendan Menton has said if the reports of a deal between FAI and John Delaney in relation to his departure are true, it would be a "spectacular failure" in relation to the new corporate governance of the FAI.

Speaking on RTÉ's Today with Sean O'Rourke, Mr Menton said any package would be an additional financial burden on the association.

He questioned the timing of the decision and said it could have waited until the reports were published.

He said the reports could have provided some fact or basis as to what went on in the FAI then it may have been better to take the decision then.