Speed camera van operators working for GoSafe are staging a 24-hour work stoppage in a dispute over working conditions and union recognition.

The industrial action began at 6am this morning and will continue until 6am tomorrow morning.

SIPTU, which represents the staff involved, said its members have been left with no option but to take part in the work stoppage.

The union said its members can be confined to their van for up to 11 hours while conducting their duties.

SIPTU Organiser Brendan Carr said: "This results in workers being placed under extreme circumstances, while at the same time trying to conduct their crucial road safety service.

"Our members are only taking this action as a last resort because of the intransigence of management who have refused to address their concerns relating to health and safety and their conditions of employment."

SIPTU has claimed that the shifts are so long that staff are using plastic bottles for toilet breaks.

GoSafe, a consortium based in Listowel in Co Kerry, operates the roadside speed camera vans under a State contract. 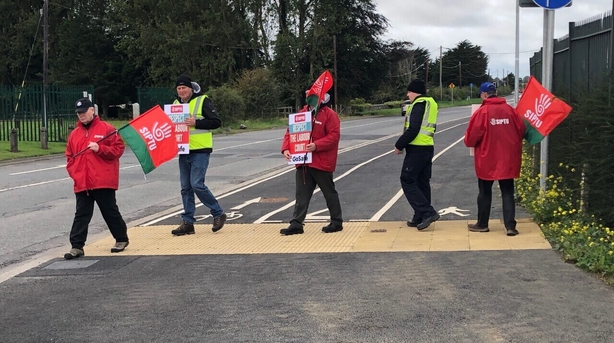 Mr Carr said "the Labour Court has issued a recommendation saying that the employer should recognise SIPTU as the representative of its employees who are union members" but he accused the company of "refusing to engage with the workers through their union".

Management at the Garda National Roads Policing Bureau have met GoSafe managers to put in place a contingency plan to ensure the effective monitoring of speed limits throughout the country.

In a statement, Garda Headquarters said: "GoSafe has outlined that it will still be providing up to 50% capacity.

"Garda roads policing units throughout the country will make up the shortfall with high visibility speeding intercept operations."

Mr Carr has accused Minister for Justice and Equality Charlie Flanagan of refusing to intervene in the row.

The Department of Justice and Equality has said the contract for the speed camera vans is between the Minister for Justice and Equality, the Commissioner of An Garda Síochána and GoSafe, trading as Road Safety Operations Ireland and it said it was awarded following a public procurement competition. 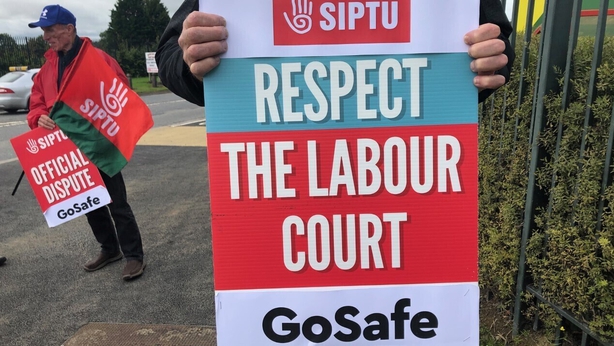 The department said: "The minister is unable to intervene in a dispute between the contracted service provider and its employees and members of SIPTU.

The Department of Justice also said "the minister urges all those concerned to seek a positive resolution to this dispute through the appropriate channels".

SIPTU said it was aware of the implications the strike would have on road safety and it called on motorists to respect speed limits during the action.