The number of blazes in Indonesia has jumped sharply, while bushfires are also sweeping across eastern Australia in an unusually early start to the wildfire season, adding to concerns about the impact of increasing wildfire outbreaks worldwide on global warming.

Illegal blazes to clear land for agricultural plantations have been raging on Sumatra and Borneo islands, with Indonesia deploying water-bombing helicopters and thousands of security forces to tackle them.

Indonesia's forest fires are an annual problem but have been worsened this year by particularly dry weather, and in recent days sent toxic smog floating over Malaysia and triggered a diplomatic row.

The number of "hotspots" - areas of intense heat detected by satellite which indicate a high chance of fire - jumped sharply in Indonesia, according to the Singapore-based ASEAN Specialised Meteorological Centre.

There were 1,619 hotspots detected on the Indonesian part of Borneo and Sumatra up from 861 a day earlier, according to a tally from the centre, which monitors forest fires and smog outbreaks.

Kiki Taufik, a forests campaigner with Greenpeace in Indonesia, said there has been little rain in the past fortnight, particularly on Indonesian Borneo which saw the sharpest increase in hotspots.

Borneo is shared between Indonesia, Malaysia and Brunei. 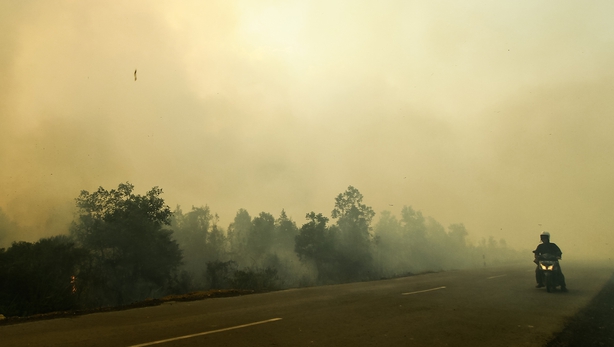 Mr Taufik saw similarities between the blazes in Indonesia and those in the Amazon, where farmers also start fires to clear land for agriculture.

"This should remind people we are facing a climate crisis," he said of the recent fires around the world.

And he warned Indonesia's fires would add to the sprawling archipelago's climate-damaging emissions, already among the highest in the world.

Read more: The Amazon on fire
'Goodwill alone is not enough': Amazon countries sign forest pact
Why is part of the Amazon burning?

Diplomatic tensions were also rising as Malaysian Environment Minister Yeo Bee Yin accused her Indonesian counterpart of being "in denial", after Jakarta insisted fires in Malaysia had caused the smog there.

"Let the data speak for itself," she said in a Facebook post, indicating figures from the ASEAN centre which showed only a handful of hotspots in Malaysia compared to the hundreds in Indonesia.

Indonesian Environment Minister Siti Nurbaya Bakar hit back yesterday, saying that "hotspots are not only found in Indonesia, but also in Sarawak (on Malaysian Borneo) and peninsular Malaysia".

"We are not standing idly by," she added.

Indonesian security forces have been struggling to tame the blazes as many burn underground in carbon-rich peat, which has been cleared across vast areas of Indonesia for plantations.

After being cleared and drained of water, peat is highly combustible and hard to extinguish once ablaze. 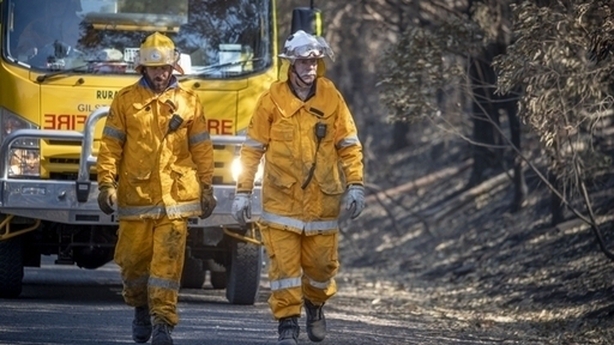 'Herculean' efforts to save homes as Australia fires rage

Meanwhile, authorities in Australia have warned that massive bushfires across eastern parts of the country could be blazing for weeks, as firefighters launched "Herculean" efforts to save homes from destruction.

More than 130 fires are raging in the states of Queensland and New South Wales, fuelled by strong winds and a prolonged drought, in an unusually ferocious and early start to the wildfire season.

Hundreds were evacuated after a fresh fire broke out on Queensland's Sunshine Coast, where video footage showed a huge blaze tearing through forests and glowing embers raining down.

About 1,000 firefighters battled to contain the blazes across Queensland.

Queensland Fire and Emergency Services acting commissioner Michael Wassing said the firefighting effort would continue "for days and weeks" due to the remoteness of some fires.

Bushfires are an annual occurrence in Australia during the southern hemisphere spring and summer, but scientists say climate change is exacerbating their strength and intensity. 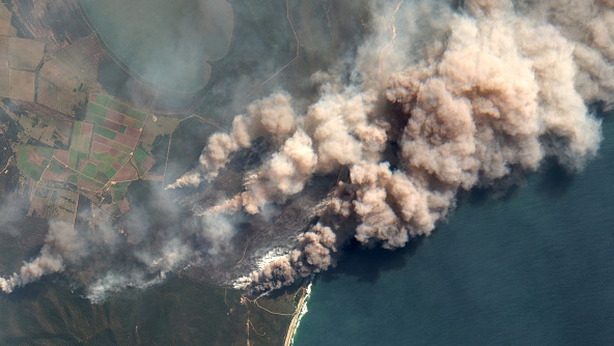 Richard Thornton, CEO of the Bushfire and Natural Hazards Cooperative Research Centre, said unusually hot and dry conditions meant bushfires were expected but "it is the severity of the current bushfires that is most concerning".

"Without significant amounts of rain over a long period of time, we are looking at a long and dangerous fire season," he said.

About eight of the blazes in Queensland are believed to have been "deliberately and recklessly lit" while some others had been accidentally sparked by children playing, police said.

A taskforce has been established to investigate the cause of the suspicious fires.