A man in his 40s has been shot and seriously wounded in Dublin.

The shooting happened in Griffeen Glen Park in Lucan just before 2pm.

As many as ten shots were fired at a man in a Toyota car. 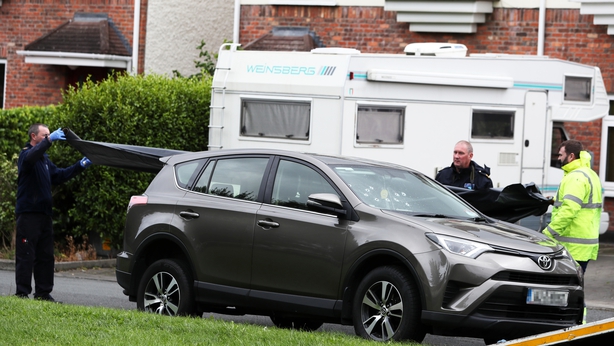 The car appears to have been rammed beforehand.

The victim was hit in the body, head and arms.

He was taken to Connolly Hospital in Blanchardstown where his condition is described as critical.

The victim is known to gardaí, who are trying to establish if the shooting is drugs related or connected to a falling out the man had with a drug dealer who was murdered earlier this year in west Dublin.

David 'Chen' Lynch, a lifelong friend and fellow gang associate of the victim, was shot dead in the front garden of his home in the Foxdene Estate in west Dublin in March.

The scene of this afternoon's shooting has been preserved and gardaí at Lucan are appealing for witnesses or anyone with information to come forward.

Two cars believed to have been used by the gunmen to escape have also been found burned out nearby.