British Prime Minister Boris Johnson has written to MPs after he announced that he is scheduling a Queen's Speech for 14 October in a move that is seen as attempting to block politicians' moves to stop a no-deal Brexit.

He writes that the current session has lasted more than 340 days and "needs to be brought to a close".

It is the longest parliamentary session in British history.

Mr Johnson says that a central feature of the legislative programme will be the government's top legislative priority, "if a new deal is forthcoming at EU Council, to introduce a Withdrawal Agreement Bill and move at pace to secure its passage before 31 October". 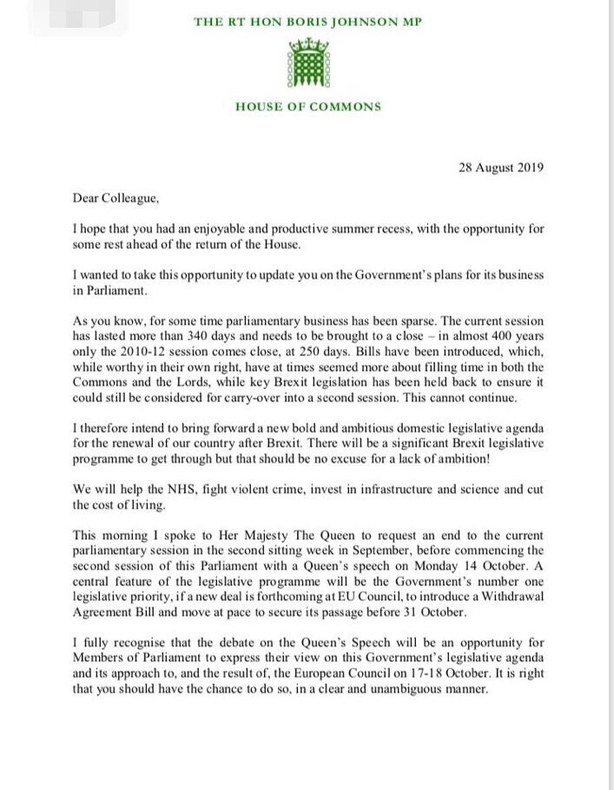 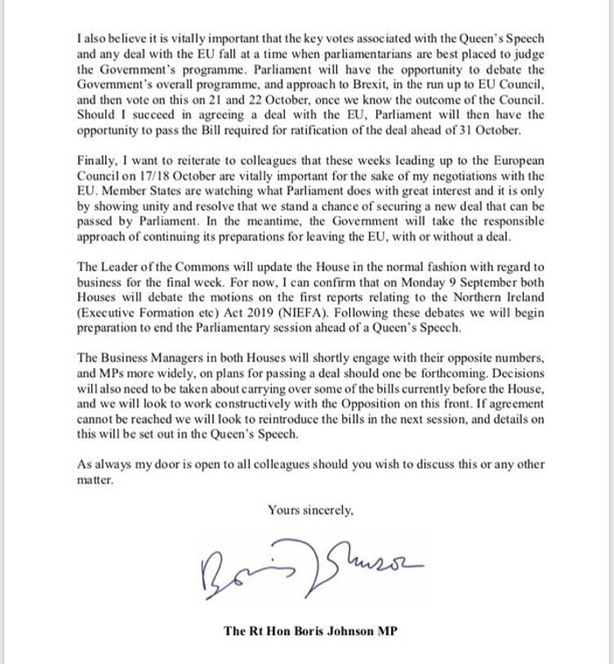