The Amazon is the largest tropical forest in the world, covering 5.5 million square kilometres, an ecological treasure threatened by escalating deforestation and forest fires.

However, there have been a record number of fires this year, prompting concerns about the attitude of the Brazilian government to the world's largest rainforest, a vital bulwark against climate change.

Brazilian President Jair Bolsonaro has accused non-governmental organisations of setting wildfires in the Amazon rainforest to damage his government's image. He presented no evidence to back up his claim.

The Amazon forest, of which 2.1 million sq/km are protected zones, is home to a biodiversity sanctuary that is unique in the world.

In the past 20 years, 2,200 new species of plants and vertebrates have been discovered there. 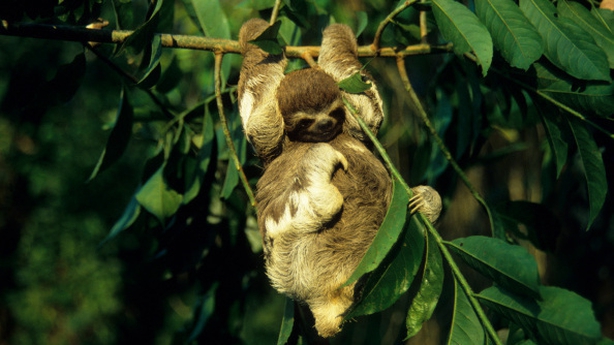 'Lungs of the earth'

The Amazon contains a third of the world's primary forests and, via the Amazon River and its tributaries, provides 20% of the Earth's unfrozen fresh water.

The Amazon is the world's largest river and - by some accounts since new research was carried out in 2007 - the longest, running for up to 6,900km.

The forest acts as a carbon sink, absorbing more CO2 than it emits while releasing oxygen, and stocking 90 to 140 billion tonnes of CO2, which helps regulate worldwide global warming, according to the World Wildlife Fund (WWF).

But deforestation is reducing this capacity for absorbing CO2.

The Amazon has been inhabited for at least 11,000 years and today counts 34 million people, of whom two-thirds live in cities.

Nearly three million are members of some 420 different tribes - around 60 of which live in total isolation, according to ACTO - and speak 86 languages and 650 dialects.

The largest Amazon tribe is the Tikuna, counting some 40,000 members who live in Brazil, Peru and Colombia, according to Survival International.

Brazilian chief from the Kayapo tribe, Raoni Metuktire, is the leading campaigner in the fight against deforestation in the Amazon and has travelled the world for three decades calling for the preservation of the forest and its indigenous population.

Manaus is the capital of Amazonas state, the largest in Brazil and spanning 1.5 million square kilometres.

Founded by the Portuguese in 1669 on the banks of the Rio Negro, near its confluence with the Amazon River, Manaus has a population of 1.8 million.

After fast expansion at the end of the 19th century due to the rubber trade, the city went into major decline until the creation of a free trade zone in 1967.

Almost 20% of the Amazon forest has disappeared in the last half-century, according to the WWF, and this is accelerating.

Since Brazil's President Jair Bolsonaro took power at the start of 2019, the rate of deforestation by July was nearly four times higher than a year earlier, according to a satellite system known as DETER, which is used by the National Institute for Space Research (INPE).

According to the INPE, which tracks clear-cutting of the rainforest, around 2,254 sq/km of the Amazon forest were cleared in July, a spike of 278% from a year ago. 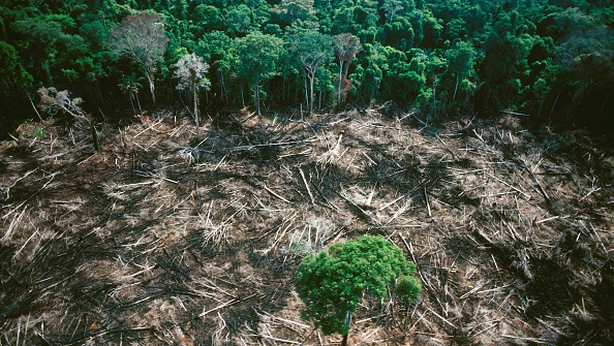 The main causes of deforestation are soya and livestock farming, the construction of hydroelectric dams and roads, the mining industry and forest fires.

As well as its rich biodiversity, the Amazon is rich in mineral resources including gold, copper, tantalum, iron ore, nickel and manganese.

Sections of the forest are now being devoured by fires.

INPE figures show nearly 73,000 forest fires were recorded in Brazil between January and August - the highest number for any year since 2013. Most of them were in the Amazon.