US President Donald Trump has privately discussed with aides and advisers the idea of the United States purchasing the island of Greenland as a way to expand US territory, two sources familiar with the situation said.

The notion of purchasing the icy, autonomous Danish territory between the North Atlantic and Arctic oceans has been laughed off by some advisers as a joke but taken more seriously by others, the sources said.

The idea of a Greenland purchase was first reported by the Wall Street Journal.

Greenland's foreign minister has said "we are open for business, but we're not for sale" in response to the reports.

Former US President Harry Truman had offered to buy Greenland in 1946 for $100 million.

Mr Trump, who is on a working holiday at his golf club in Bedminster, New Jersey, is to make his first visit to Denmark early in September.

There has been no indication that a Greenland purchase will be on the agenda for his talks with Danish officials.

Thule Air Base in Greenland is the US military's northernmost installation. 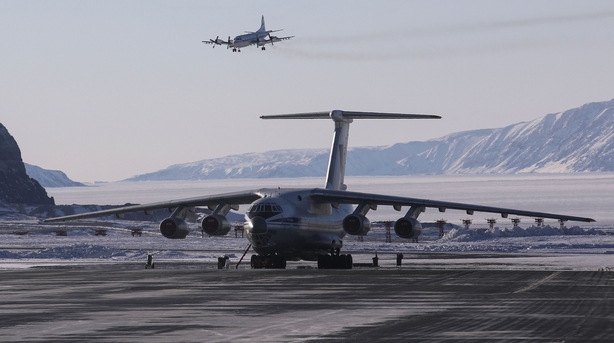 Greenland is a self-governing region of Denmark, which colonised the two-million square kilometre island in the 18th century.

It is home to nearly 57,000 people, most of whom belong to the indigenous Inuit community.

But Greenland does not quite live up to its lush name as, 85% of the island is covered by 3km thick ice sheet that contains 10% of the world's fresh water.