US authorities investigating what drove a young gunman to kill 20 people at a Walmart store in El Paso said they are treating it as a case of domestic terrorism.

Texas Governor Greg Abbott said yesterday's rampage appeared to be a hate crime and police cited a manifesto they attributed to the suspect as evidence that the bloodshed was racially motivated.

A state prosecutor said they will seek the death penalty for the suspect, Patrick Crusius, 21, of Allen, Texas.

The US attorney for the western district of Texas, John Bash, said federal authorities were treating the massacre as a case of domestic terrorism.

"And we're going to do what we do to terrorists in this country, which is to deliver swift and certain justice," Mr Bash told reporters at a news conference.

The shooting immediately reverberated on the US presidential campaign trail, with several Democratic candidates denouncing the rise of gun violence and repeating calls for tighter gun control measures. 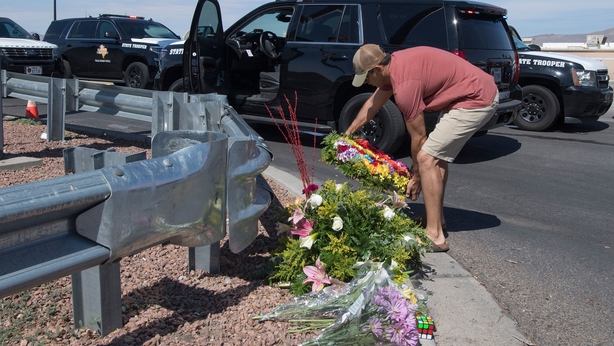 On Twitter, US President Donald Trump branded the shooting "an act of cowardice".

He added: "I know that I stand with everyone in this country to condemn today's hateful act. There are no reasons or excuses that will ever justify killing innocent people."

Mr Trump has ordered flags on all government buildings to be flown at half mast for the next five days to mourn the victims of the Texas shooting and the attack in Ohio, which left nine people and the suspected gunman dead.

Police said the suspect opened fire with a rifle on shoppers, many of them bargain-hunting for back-to-school supplies, then surrendered to officers who confronted him outside the store.

"He basically didn't hold anything back," Mr Allen said at today's news conference, but declined to elaborate.

Crusius comes from Allen, Texas, a Dallas suburb some 1,046km east of El Paso, which lies along the Rio Grande across the US-Mexico border from Ciudad Juarez.

Several local politicians said the gunman was an outsider, suggesting he had travelled hundreds of kilometres from the Dallas area to commit mass murder. 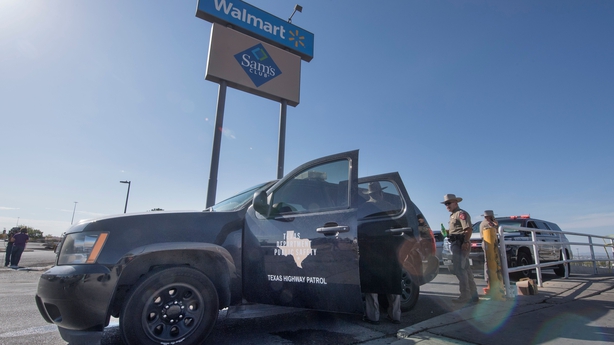 However, police declined to say how long the suspect might have been in El Paso before the shooting.

Authorities did not offer a precise motive, but said they were examining a manifesto from the suspect that Mr Allen said indicated "there is a potential nexus to a hate crime".

A four-page statement posted on 8chan, an online message board often used by extremists, and believed to have been written by the suspect, called the Walmart attack "a response to the Hispanic invasion of Texas".

It also expressed for support for the gunman who killed 51 people at two mosques in Christchurch, New Zealand, in March.

"We are going to aggressively prosecute it both as capital murder but also as a hate crime, which is exactly what it appears to be," Texas Governor Abbott told reporters yesterday.

Mexico's President Andres Manuel Lopez Obrador said three Mexican nationals were among the 20 people killed in the shooting, and nine others were among 26 victims who were wounded.

Investigators were still determining the sequence of events, but video clips from the scene showed victims lying on the ground inside and outside the store.

One shopper said the gunshots sounded like they began outside the building and then moved inside. 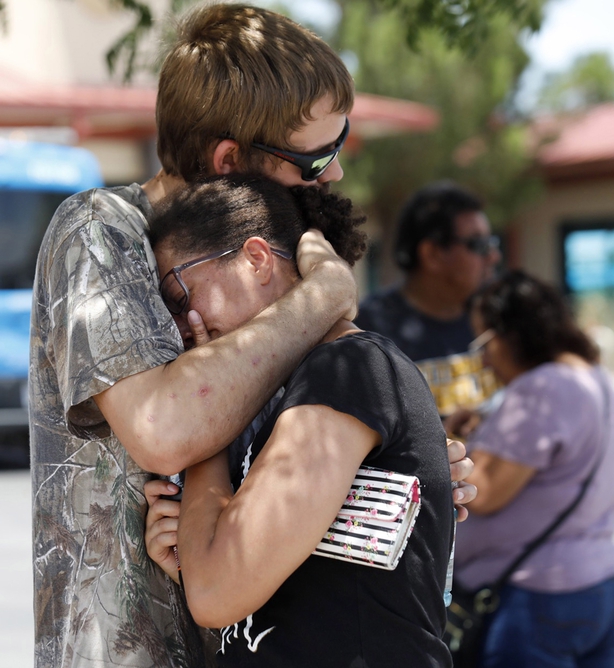 Speaking in St Peter's Square for his Sunday message and blessing, Pope Francis said he was spiritually close to the victims, the wounded and the families affected by attacks he said had "bloodied Texas, California and Ohio".

"Our hearts go out to the victims and all those affected by these appalling acts of violence."