US media are quoting intelligence sources as saying that Hamza bin Laden, one of the sons of Al-Qaeda leader Osama bin Laden, has been killed.

Earlier this year, the United States offered a bounty of up $1m for information on his whereabouts, saying he was "emerging as a leader in the Al-Qaeda franchise".

NBC News said three US officials had confirmed they had information of Hamza bin Laden's death, but gave no details of the place or date.

Questioned by reporters in the Oval Office, President Donald Trump did not confirm or deny the NBC report. "I don't want to comment on it," he said.

The New York Times subsequently cited two US officials saying they had confirmation that he was killed during the last two years in an operation that involved the US.

Both the reports suggested that Hamza bin Laden may have been killed well before the $1m bounty was placed on his head in February.

The 15th of Osama bin Laden's 20 children and a son of his third wife, Hamza, is thought to have been about 30 years old.

Osama bin Laden was killed by US special forces at his compound in Pakistan in 2011. 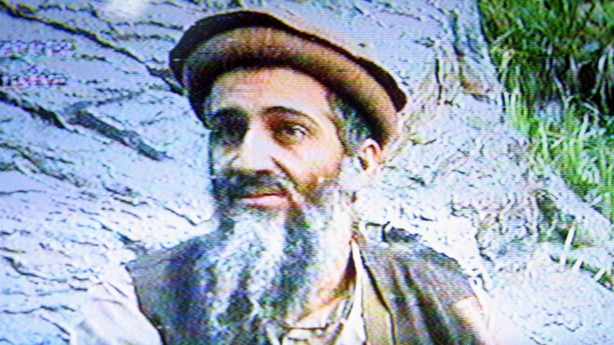 Documents seized in the raid on the compound in Abbottabad suggested Hamza was being groomed as heir to the Al-Qaeda leadership.

The US State Department said Hamza had put out audio and video messages calling for attacks on the United States and other countries, especially to avenge his father's killing.

US forces also found a video of the wedding of Hamza to the daughter of another senior Al-Qaeda official.

In 2016 Al-Qaeda released a video message in which Hamza urged the so-called Islamic State and other jihadists in Syria to unite, claiming that the fight in the war-torn country paves the way to "liberating Palestine."

"There is no longer an excuse for those who insist on division and disputes now that the whole world has mobilised against Muslims," he said.

In a later message that year he called on Saudi youth to overthrow the kingdom's rulers, telling them to enlist in the Yemen-based Al-Qaeda in the Arabian Peninsula to gain battlefield experience.

In 2017 he was placed on the US terrorist blacklist.