The building industry has said it is on track to record its safest year ever.

The Construction Industry Federation (CIF) has released figures showing there were two fatalities so far this year compared to 11 during 2013.

The reduction has occurred despite an 80% increase in numbers working in the industry. 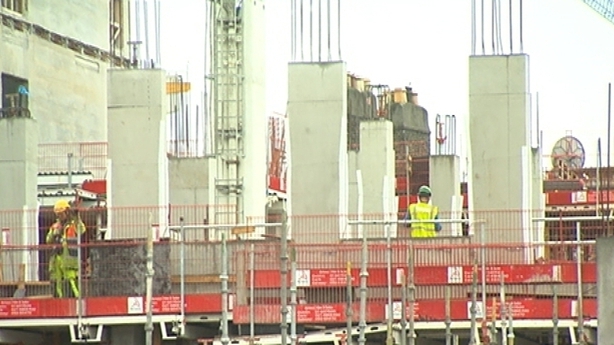 Dermot Carey, CIF's Director of Safety and Training said every incident is studied so lessons can be learned.

"The research will show that the moment you feel safe on site is the moment you can become complacent, so construction companies will constantly remind workers through a range of channels and practices to think about safety and act safely.

Signs, warnings, toolbox talks, even accident re-enactments with actors are used to constantly remind workers of the importance of safety" Mr Carey said.

Internet comedian Rory O'Connor, who was a construction worker himself, has been appointed the federation's safety ambassador with a focus on mental health as such problems can cause accidents on site.

The federation will be running a safety week for all constructions companies in October.