The organisers of the Rally for Life march in Dublin estimate that around 10,000 people took part in the event.

Pro-life campaigners marched from the Garden of Remembrance in Parnell Square to the Customs House, where a rally was held this afternoon.

Many of those who took part in the rally are calling for another referendum on abortion.

The event took place to highlight opposition to the new abortion laws, introduced this year following the referendum on the Eighth Amendment. 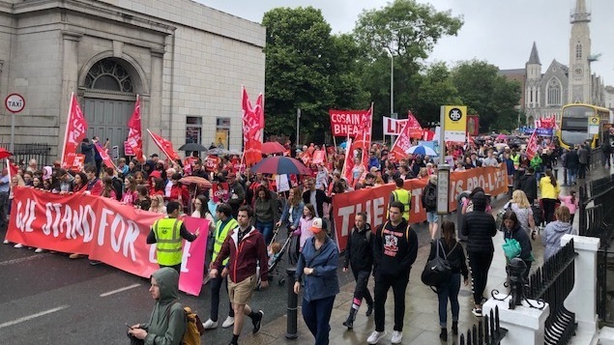 In May of last year, 66.4% of people voted in favour of changing the constitution to allow for termination of pregnancies.

Abortion services became legal in Ireland on 1 January this year.

In an address at the rally, she said "we may have lost the Eighth referendum, but we are not defeated."

She also said pro-life activists "will overturn what happened last May."