The inquest into the death of Denis Donaldson has been told that proceedings have been instituted against a person for his murder.

Mr Donaldson was found shot dead in a cottage he had been living in near Glenties, Co Donegal in April 2006. 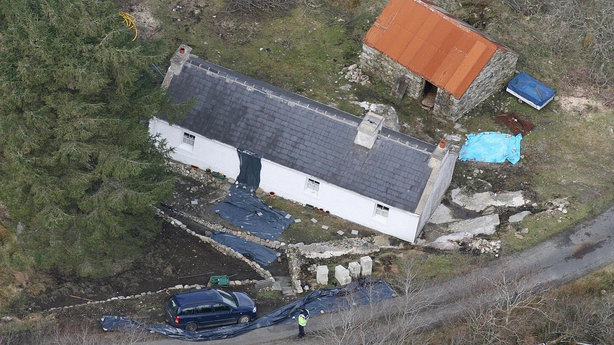 He had been a senior official in Sinn Féin before admitting he had been an MI5 agent for over 20 years.

The inquest into his death has been ongoing in Letterkenny for many years with numerous adjournments.

This afternoon Superintendent Michael Finan told Coroner Dr Denis McCauley that a warrant has recently been obtained from the Special Criminal Court for the arrest of an individual for the purpose of taking him before the court to be charged with the murder of Mr Donaldson.

He sought an adjournment to the inquest in the light of criminal proceedings having been instituted.

The coroner adjourned the inquest, for the 23rd time, until September of next year.

Dr McCauley said the case has been going on for quite a while and during that time doubts had been expressed about the validity and veracity of the garda investigation.

Congratulating the gardaí, the coroner said that today was proof the case has been active.

Barrister for the Garda Commissioner Stephen Byrne said this was the start of legal proceedings and logistically it was going to take a significant period of time.

Ciarán Shiels, of Madden and Finucane Solicitors, Belfast, expressed concern on behalf of Mr Donaldson's family that proceedings could take many years.

He said there was a sense of disappointment that "Mr Donaldson's widow will see truth in the form of the inquest proceedings meaningfully, or justice in terms of the criminal proceedings to a close within her lifetime - that's very much in doubt".