The world's population is expected to climb to 9.7 billion by 2050 from 7.7 billion today, with the population of sub-Saharan Africa doubling, according to a new United Nations report.

The "World Population Prospects" report by the UN Department of Economic and Social Affairs paints a picture of a future in which a handful of countries see their populaces surge as life expectancy lengthens, while the global growth rate slows amid declining fertility rates.

It says by 2050, more than half of the world's population growth will be concentrated in just nine countries: India, Nigeria, Pakistan, the Democratic Republic of Congo, Ethiopia, Tanzania, Indonesia, Egypt and the United States.

The report adds that world's most-populous country China will see its population drop by 2.2% or around 31.4 million by 2050.

The study says global population could grow to 11 billion by 2100. 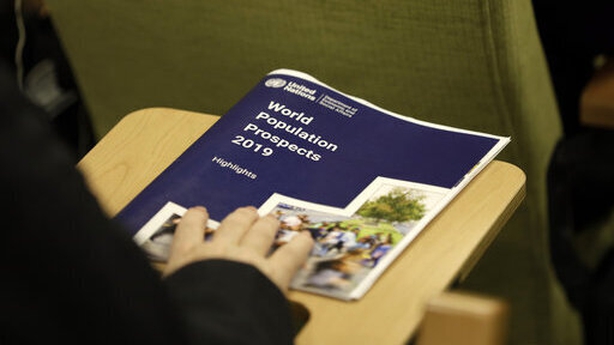 The UN said 27 countries or territories have experienced a reduction of at least 1% in the size of their populations since 2010 due to low levels of fertility.

The report also says deaths are outpacing new births in Belarus, Estonia, Germany, Hungary, Italy, Japan, Russia, Serbia and Ukraine, but that population loss will be offset by an inflow of migrants. 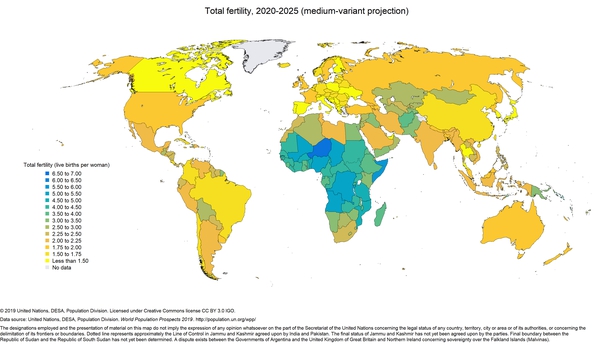 That is close to the minimum of 2.1 births needed to ensure the replacement of generations and avoid long-term population decline in the absence of migration, according to the United Nations.

The report also projects growing life expectancy generally, including in poor countries where it is now seven years less than the global average.