British Prime Minister Theresa May's senior ministers will discuss whether to offer MPs a menu of Brexit options in an effort to break the deadlock in the House of Commons over the process of leaving the European Union.

Tomorrow's cabinet meeting is expected to consider the possibility of holding indicative votes in order to find something that the House of Commons can back.

The legislation for the Brexit deal - the Withdrawal Agreement Bill - is due in the Commons in the week beginning 3 June and faces stiff opposition following the failure of cross-party talks to reach a compromise.

Brussels is left looking on at the chaotic political picture in the UK, with little progress having been made since the Brexit deadline was extended to 31 October.

"It's clear that we are in a situation where London talks to London, so there is nothing that we can do at this stage," European Commission spokesman Margaritis Schinas said.

The EU's chief Brexit negotiator, Michel Barnier, again stressed that an "orderly withdrawal remains the best basis of trust for the future" and Brussels is "ready to be more ambitious in the Political Declaration" setting out the future UK-EU relationship.

The Prime Minister's official spokesman was unable to say when the Withdrawal Agreement Bill will be published, with work still being carried out on the legislation.

"We have been working on that piece of legislation for a long time so the vast bulk of the work is completed but there is still work ongoing," the spokesman said.

Asked how the bill would be different to the deal previously voted on, the spokesman added: "I think ministers have set out that they had good discussions with the opposition in relation to areas such as workers' rights and environmental protections." 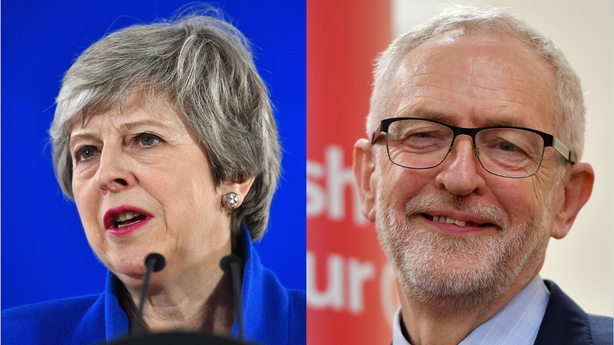 Mrs May is set to present the bill as a "bold offer" with concessions to MPs from across the House of Commons in an effort to build as much support for it as possible.

The package is expected to include provisions on future trade arrangements with the EU, on environmental protections, and on Northern Ireland, including the use of technology to avoid the need for border controls.

It will not, however, seek to re-open the Withdrawal Agreement - which included the controversial Northern Ireland "backstop" - after the EU repeatedly made clear it could not be re-negotiated.

The showdown on the legislation could see Mrs May forced out of Number 10 sooner than expected if she is defeated, as she is due to meet Tory 1922 Committee chairman Graham Brady to set out the leadership contest following the vote on the bill.

If the bill clears its first Commons hurdle, she could seek to remain in power long enough to see it become law, leaving office only once Brexit is secured.

The Prime Minister's efforts to find the votes she needs for the legislation come as she faces a mauling at the hands of the public in the European elections.

Brexit Party leader Nigel Farage, who hopes to scoop up disgruntled Tory and Labour voters on Thursday, was doused with a milkshake by a protester in Newcastle while on a whistlestop tour of the country.

The beverage has become the weapon of choice for demonstrators in recent weeks, with Tommy Robinson and UKIP candidate Carl Benjamin also targeted.

At an earlier campaign stop in Exeter, Mr Farage set out his own party's "dead simple" policy in comparison to its larger rivals.

"What's the Tory Party policy? Depends who you ask.

"Our policy platform for this election is dead simple - we want the democratic vote of the British people honoured.