A mural of journalist Lyra McKee, who was shot and killed during rioting in Derry last month, has been painted in Belfast.

The poignant image in the city centre was created by Dublin artist Emma Blake.

Ms Blake and 21 other artists blanketed most of Kent Street in new artwork over the bank holiday weekend as part of the annual Hit the North street art festival.

Her mural of the 29-year-old journalist and author, who was shot dissident republicans, is already drawing visitors, with people stopping to take photographs.

The image of Ms McKee is painted alongside the words of a powerful letter she wrote to her 14-year-old self.

The letter, which has gained worldwide prominence since her death, spoke of her struggles as a gay teenager in Northern Ireland.

It contained the touching message "It won't always be like this. It's going to get better" - words that have assumed added resonance since her murder by the violent extremes.

The location of the mural is also significant, as it faces an existing artwork that provided a striking backdrop for a photograph of Ms McKee that was widely circulated in days after she was killed. 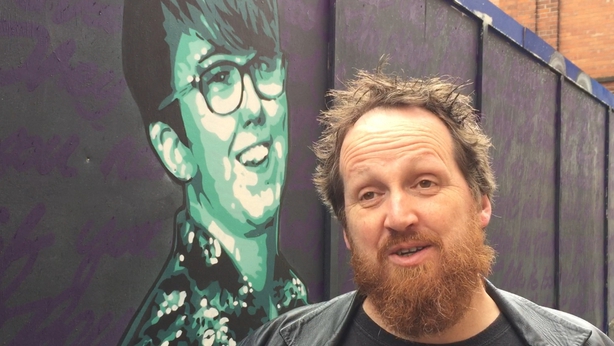 Adam Turkington, the organiser of the Hit the North festival, said Blake had been moved by Ms McKee's death and wanted to pay tribute.

He highlighted the prominent role art has played in the response to the shooting, noting the protest in Derry that saw friends of Ms McKee place red hand prints on an office building used by dissident republicans and the painting over of IRA murals close to the murder scene.

"Writing on a wall is always political, whether you realise it or not.

"I think what's been really interesting is how you've seen that the aftermath of Lyra's death has played out in art on walls - whether it's the bloody hand prints on the office walls or whether it's people painting over the IRA murals in Derry. That's activism.

"Street art has its roots in activism and in anti-establishment-ism, but also in finding ways to communicate with each other about things that really are hard to talk about.

"It's about aesthetic, it's about place-making. And especially in the context of Northern Ireland, where we have these very divisive murals, street art for me in this context is all about building a shared space and finding a place that people can co-exist.

"It's a very natural thing in a way that Lyra has been represented in this way at the festival and long may it continue." 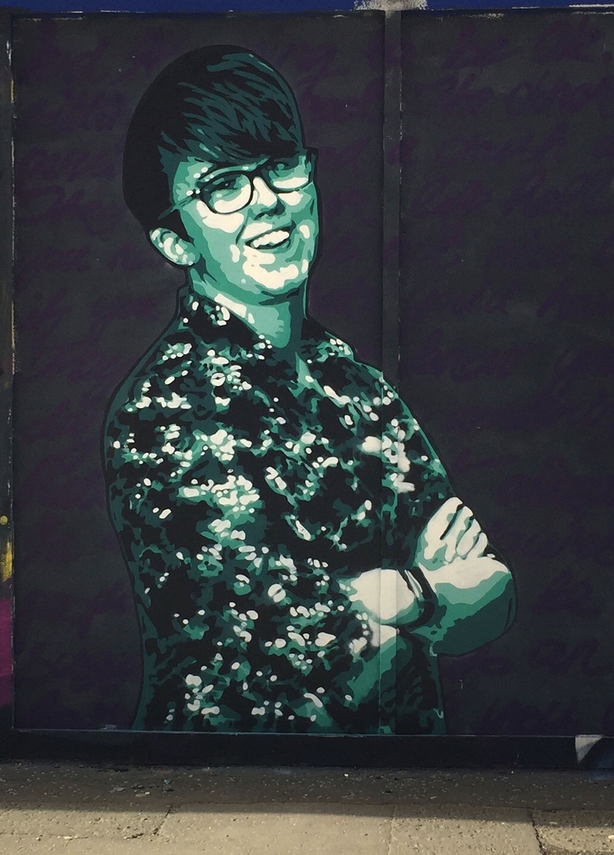