Two US House of Representatives committees have issued subpoenas to multiple financial institutions, including Deutsche Bank, for information on President Donald Trump's finances, according to their Democratic leaders.

"The potential use of the US financial system for illicit purposes is a very serious concern. The Financial Services Committee is exploring these matters, including as they may involve the president and his associates, as thoroughly as possible," the committee's chair, Maxine Waters, said in a statement.

A 2018 financial disclosure form showed liabilities for Mr Trump of at least $130 million to Deutsche Bank Trust Company Americas, a unit of the German bank.

They are for properties including the Trump International Hotel in a former post office in Washington. 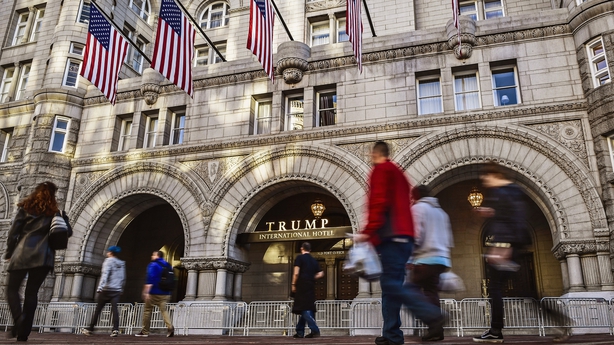 Deutsche Bank said in January, shortly after Democrats took control of the House of Representatives following the November 2018 elections, that it had received an inquiry from the two committees on its ties to the Republican president.

Mr Schiff said Deutsche Bank had been cooperative. "We look forward to their continued cooperation and compliance," he said.

Kerrie McHugh, a Deutsche Bank spokeswoman, said the bank was engaged in a "productive dialogue" with the two committees."We remain committed to providing appropriate information to all authorised investigations in a manner consistent with our legal obligations," she said in an emailed statement.