Sudanese security forces have fired tear gas at thousands of protesters who had gathered outside the army headquarters in Khartoum for a second night demanding that President Omar al-Bashir resign, witnesses said.

Several vehicles carrying security personnel arrived in the early hours of the morning at the site where protesters had been demonstrating continuously since Saturday.

"After that, security forces began firing tear gas at protesters," a witness said on condition of anonymity.

The gas was felt by residents in an upscale Khartoum district some 5km away from the army complex.

Thousands of protesters have been demonstrating since Saturday outside the army complex that also houses Mr Bashir's residence and the defence ministry.

Chanting anti-government slogans, protesters have been urging the military to back them in demanding Mr Bashir's resignation. 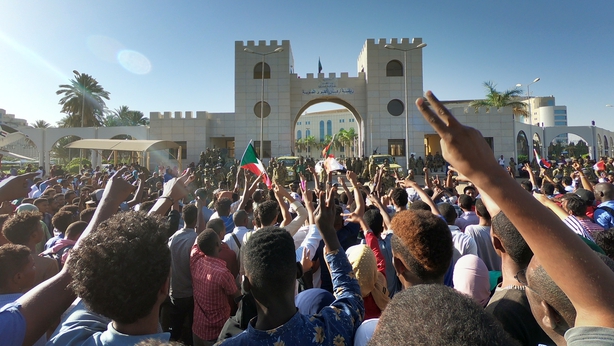 They accuse his administration of mismanaging the country's economy that has led to soaring food prices and regular shortages of fuel and foreign currency.

The veteran leader has acknowledged that the economic concerns raised by the protesters were "legitimate".

Protests first erupted on 19 December after a government decision to triple the price of bread.

But they quickly morphed into nationwide demonstrations against Mr Bashir's rule.

Officials say 32 people have died in protest related violence so far, while Human Rights Watch has put the death toll at 51. 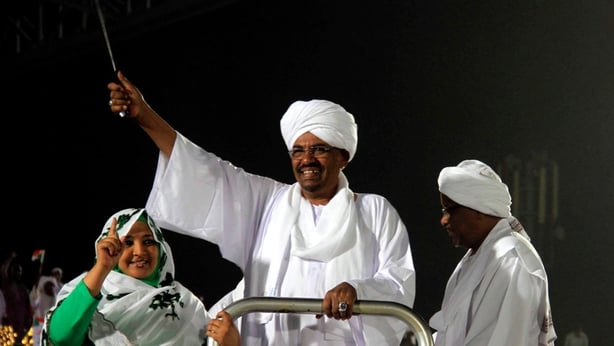 In recent weeks, the scale and intensity of protests had dwindled due to a state of emergency imposed by Mr Bashir, but Saturday saw a resurgence with thousands of protesters staging a continuous rally outside the army complex.

Protest organisers chose 6 April for the latest rally to mark the 1985 uprising that toppled the regime of then president Jaafar Nimeiri.