Ethiopia has said the crash of an Ethiopian Airlines plane that killed 157 people had "clear similarities" with October's Lion Air crash, according to analysis of the black boxes recovered from the wreckage.

Both planes were Boeing 737 MAX 8s, and both crashed minutes after take-off after pilots reported flight control problems.

Investigators are trying to determine why the aircraft plunged into a field shortly after take-off from Addis Ababa, searching for possible similarities to an October Lion Air crash that killed 189 people.

"It was the same case with the Indonesian (Lion Air) one. There were clear similarities between the two crashes so far," Ethiopian transport ministry spokesman Muse Yiheyis said. 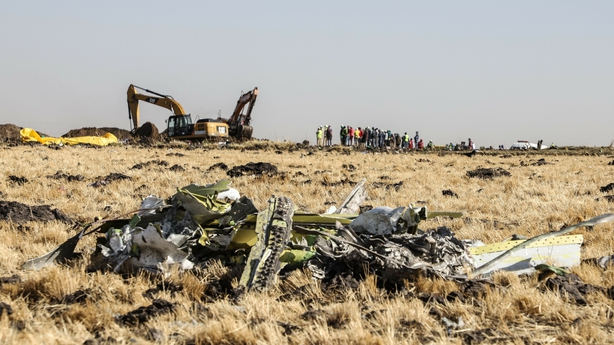 "The data was successfully recovered. Both the American team and our (Ethiopian) team validated it. The minister thanked the French government. We will let you know more after three or four days," he told Reuters.

In Washington, US officials said that the US Federal Aviation Administration and US National Transportation Safety Board have not validated the data yet.

When investigators, after reviewing black box data, return to Addis Ababa and start conducting interpretive work, the NTSB and FAA will assist in verification and validation of the data, an official said.

The French agency said in a tweet it had not listened to the audio files and that the data had been transferred to Ethiopian investigators.

In Addis Ababa, a source who has listened to the air traffic control recording of the plane's communications said flight 302 had an unusually high speed after take-off before the plane reported problems and asked permission to climb quickly.

A preliminary report on the crash is to be released within 30 days, the Wall Street Journal reported, citing the transport minister. 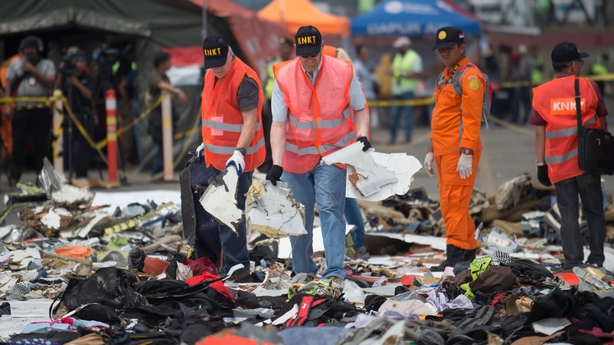 The analysis of the system called MCAS (Maneuvering Characteristics Augmentation System) understated the power of this system, the Seattle Times said, citing current and former engineers at the US Federal Aviation Administration (FAA).

The FAA also did not delve into any detailed inquiries and followed a standard certification process on the MAX, the Seattle Times reported citing an FAA spokesman.

The FAA declined to comment on the Seattle Times report but referred to previous statements about the certification process.

The report also said both Boeing and the FAA were informed of the specifics of this story and were asked for responses 11 days ago, before the crash of an Ethiopian Airlines 737 MAX last Sunday that killed all 157 people on board.

The same model flown by Lion Air crashed off the coast of Indonesia in October, killing all 189 on board.

Last Monday Boeing said it would deploy a software upgrade to the 737 MAX 8, a few hours after the FAA said it would mandate "design changes" in the aircraft by April.

A Boeing spokesman said 737 MAX was certified in accordance with the identical FAA requirements and processes that have governed certification of all previous new airplanes and derivatives.

The spokesman said the FAA concluded that MCAS on 737 MAX met all certification and regulatory requirements.

In Addis Ababa, aviation staff gathered at Bole International Airport to remember the two pilots and six crew, who perished along with the 149 passengers.