Thousands of supporters of Catalan independence have marched through central Madrid in protest at the ongoing trial of 12 separatist leaders who face years in prison for their role in organising a failed independence bid from Spain in 2017.

Demonstrators, many who made the journey from the northwestern Catalonia region for the protest, waved Catalan flags and carried signs reading "self-determination is not a crime".

Tensions between Madrid and Barcelona have thawed somewhat since the political crisis triggered by Catalonia's independence declaration in late 2017 but the trial of 12 separatist leaders for their role in the secession bid and events leading up to it has been one of several sticking points to derail negotiations.

The 12 are on trial in Madrid on charges ranging from rebellion to misuse of funds, which they deny. 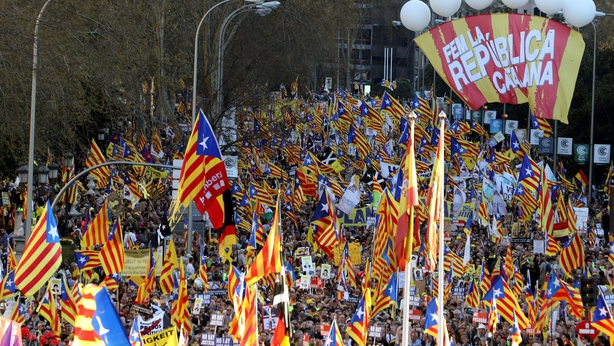 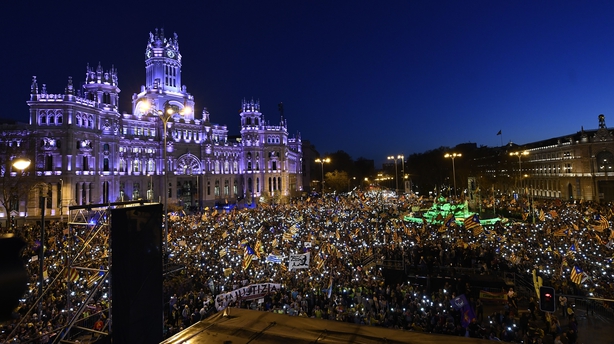 The Catalan crisis is set to play a major role in elections on 28 April, with three right-leaning parties, the conservative People's Party (PP), centre-right Ciudadanos and the relatively new far-right Vox party all calling for Spain to take a tougher position with separatists.

Polls show the support of Catalan parties may prove decisive if Prime Minister Pedro Sanchez is to form a government after the vote.

Most polls indicate Mr Sanchez's Socialists winning the most seats but falling short of a parliamentary majority.

Mr Sanchez came to power by winning a confidence motion last year with the support of Catalan separatist parties but was unable to secure their backing for his budget, effectively dooming the project and leading him to call an early election.