As a young girl, she was always fascinated by space and how the universe works but Dublin woman Dr Julie McEnery never thought her passion would take her so far, to the every edges of the known galaxies.

Julie works as an astrophysicist at NASA's Goddard Space Centre in the US state of Maryland.

She uses a gamma ray space telescope to observe phenomena in distant galaxies, billions of light years away.

Gamma rays are the highest energy form of light and when detected in outer space they can allow scientists to study far away celestial bodies and cosmic activity.

"We don't really see planets or stars unless they're exploding but we see super massive black holes," Julie said.

"These are black holes that have millions of times the mass of our sun that are sweeping in material and accelerating jets of particles moving close to the speed of light," she said. 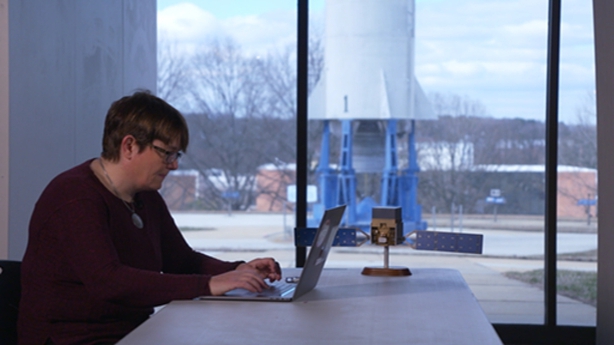 Ireland has always punched above its weight when it comes to the science that allows us to observe deepest space.

Julie says that much of the groundwork for gamma ray technology was carried out by researchers in the Wicklow Mountains in the 1960s.

It is a tradition that she and her peers are proud to continue.

"We're sometimes known as the 'Irish mafia' because if you go to a conference or a workshop that is focusing on gamma ray astrophysics there's always a strong subset of Irish people there," she said.

Talented Irish people are making their mark in industries and societies around the globe and some, like Julie, are making a contribution that is quite simply out of this world.